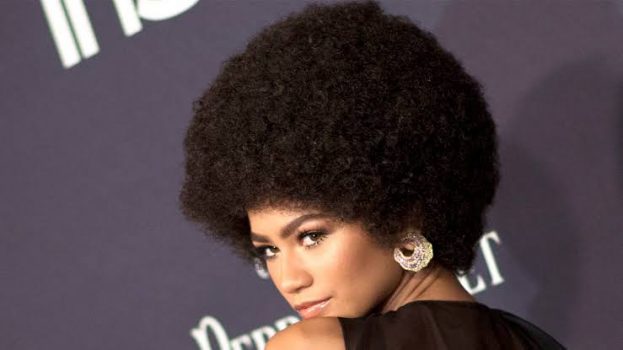 African Feminine Identity, and the Recent Rise of the Afro Hair Culture

There is now an upsurge in the number of black women who grow out afros. This is a big win for the black community, it is beautiful to see people from every part of the world now attribute afro to the black identity…

I love how heads turn to stare at me in awe whenever I wear my afro in buns or chunky twists. They ask: “is this your hair?” “What did you do to make it grow this long and full?” “Do you come from a family of women with lots of hair?”

First, I revel in the attention and pride that these questions make me feel, then I thank all my wonderful hormones responsible for hair growth, and my foremothers and forefathers who passed on the genes of good hair. Then I thank God who has made all things bulbous, soft, and curly.

But then, I cannot help but feel a little bit sad for all women of black descent who never got to experience the joy and audacious charm that comes from wearing afros with pride. It would interest you to know that until 1960, the afro hair was a thing of reproach in the western world. But it wasn’t in the western world alone; it was here amongst us in Africa, too. It was here because our grandmothers stretched out the beauty in our afro with hot combs. One might wonder what the fuss was all about? Why did this African woman not wear her afro, and quit telling us stories?

But, then, how can I wear this afro and not tell the stories of the women who could not? How can I wear this afro and not tell everyone who had fought for it to thrive? I hold the Black Panther Party closely to my heart for this purpose. The Party fought hard against white supremacy, racism, and mental slavery among black people. It also gave a middle finger to all Eurocentric standards of people by embracing afro hairstyles. The Black Panther Party made black people realise that the afro hair was not only a thing of endless beauty, but was also a weapon of radicalism.

Before I go on, I need to remind you that afro hair is not ordinary, that it is a different type of hair in every sense of the word. It comes in natural kinks, curls, and varying levels of toughness and fullness. To say a hair is afro is to say the hair is kinky. The kinky texture of the afro is the most unique thing there is about it.

There is now an upsurge in the number of black women who grow out afros. This is a big win for the black community, it is beautiful to see people from every part of the world now attribute afro to the black identity. Africans, therefore, should never allow anyone make them hate their afro. You do not bury a part of your being because people hate it. You owe no one that. The only one you owe a thing is yourself, to live life audaciously, to wear your hair and walk the ground like you have “oil wells pumping in your living room.”

The Black is Beautiful cultural movements that took place in The United States in the 60s played a crucial role in helping black women and others embrace their identities. This movement which started amongst the African American community to make black men and women embrace all of their blackness as well as their kinky hair has since spread across every part of the world. History has it that afro hair was referred to as ‘nappy, wooly, and ugly‘ by slave masters who captured Africans during the Trans Antlatic Slave Trade in the 15th and 16th Centuries. These three words of beauty negation played great roles in how many blacks began to see natural hair. It made many black women go to great lengths to have their hair straightened out. There has been a battle of dominance against afro hair. White supremacists who do not understand the wonder that is kinky hair try to meld it out of the norm by treating it with hate and disdain. But afro hair cannot be hidden. Trying to hide it or wipe it off is like trying to bottle the ocean.

In 2010, Chastity Jones received a job offer from Catastrophic Management Solutions. She accepted the offer eagerly only to be told she had to cut her locs for it, on the grounds, by her employer, that, “They tend to get messy.” Jones refused the offer and upheld the gospel of black hair excellence. There are many Jones’s out there, the many black women who do not get jobs because their hairs are “unacceptable,” the black women who are subjected to negative treatments because they refuse to throw away their Afrocentrism for Eurocentric beauty standards; the black women who had to give in to ridiculous laws about how to wear their hair because they have little or no options.

Black hair is fast becoming a thing in Eurocentric fashion. A stir was caused on the Internet when Zendaya went against the “normal” standards of straight hair among white people and wore an afro to the 2017 Instyle Awards. That is the power of black hair.

On explaining her reason for this, she said, “The little girl on my Disney show has Afro puffs because that needs to be something that they see more often, something they see as beautiful – representation is very, very important.”

Marcus Garvey, The Jamaican activist and Pan-Africanist said: “Don’t remove the kink from your hair, remove it from your brain.” This quote, one of the strongest and truest quotes on black hair I have ever seen, means so much to the black community. Garvey encourages every black person to not give in to foreign beauty standards, to not take away the kinks that make their afros afros. Instead, take away the “kink” that your brain houses, the one that feeds you lies and makes you feel less of yourself because of your unique hair.

Almost every black person I know admits to being at home with themselves the most when they wear their afros. I, too, feel bravest, most comfortable, and proud when I wear my afro. I feel joy in my heart when my afro announces itself in salons by breaking small combs that dare to behold its thickness. I love how my afro has become a big part of the woman that I am. For this, I raise a glass to every black person who embraces and upholds the afro culture. Ubuntu. I am because we are.

Ijeoma Anastasia Ntada writes and reads poetry, fiction and non fiction. She has a couple of poems published in the Love Anthology, The Ducor Review, Visual Verse, Praxis Review and other places. Ijeoma is also a photography enthusiast. She takes beautiful photographs and makes them art. When Ijeoma isn’t studying to become a Laboratory Scientist, you’ll find her talking about Afro Hair, femininity, and embracing all of her girlhood.