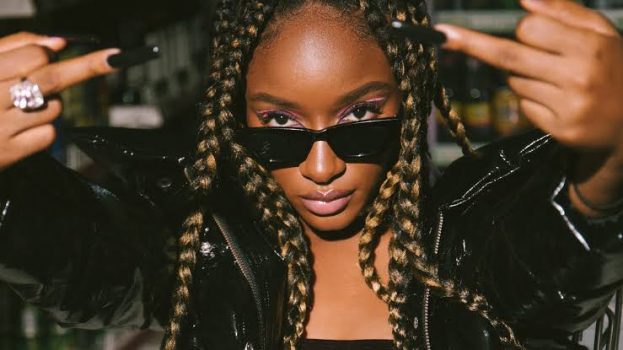 Dealing with rejection is a universal experience for many people, especially women. Women who dare to chase after a dream will, at some point in the journey, encounter a closed door or a glass wall. Reactions to shut doors are incredibly varied. Some give up immediately and slump back to where they came, and others forge on ahead, even if it means falling flat on their faces a million times. Many of these women have been faced with forceful waves of rejections in the music industry, yet have remained unfaltered.

Typical examples of these women are the likes of Tiwa Savage who was turned down several times by record producers who refused to sign her, and Teni whose down-right rejection was premised on her body size and dress sense.

We curated a list of 8 prolific and trending Nigerian female artistes who have fought vigorously to achieve and maintain their place in music.

Oyinkansola Sarah Aderibigbe known popularly as Ayra Starr, is a Nigerian singer, songwriter and model, who began a fashion career at the age of 16 with Quove Model Management before deciding to pursue music. She began her pursuit by covering a handful of songs by popular artists on Instagram, after which she officially uploaded an original song called “Away” on her Instagram page in December 2019 after the death of her father. The song was heard by many people including label producer Don Jazzy, and this led to her first recording contract with Mavin Records.

She released her debut album, “19 & Dangerous” on the 30th of July, 2021 with the song “Bloody Samaritan” as lead single which was written to encourage people to shun anyone or anything that burdens them.

“Bloody Samaritan” received positive reception on different platforms especially Tik-Tok, for its message and production. It peaked Nigeria’s TurnTable Top 50, making Ayra Starr the first female artist in the history of the chart to reach number-one with a solo song. Also, beyond the walls of Nigeria, it peaked at number 15 on the Afrobeats Singles Chart in the UK.

Niniola Apata is a 34-year-old Nigerian singer and songwriter who is professionally known as Niniola and regarded as Nigeria’s Queen of Afrohouse. The title was bestowed on her by fans of her music who have followed the high-quality iterations of her House-influenced sound. Her music comprises high-octanes, and is crafted for dance floors and big party moments. In between dropping and amplifying party singles, she excels as a ballad singer, armed with powerful vocals which she wields sparingly.

Her story publicly opened up in March 2014, after she released her debut single, the Sarz-produced hit song, “Ibadi” after which she was nominated for Most Promising Act to Watch at the 2015 Nigeria Entertainment Awards. She graced 2021 with her new single “Too Sweet (O Dun)” which, to a good extent, has enjoyed acceptance by many.

Yemi Eberechi Alade is a Nigerian Afropop singer, songwriter, actress and activist whose songs have garnered considerable buzz and have been embraced by many people in Nigeria and beyond its borders. She won the Peak Talent Show in 2009, thereafter, signing to Effyzzie Music Group, and had a buzz with her single “Johnny” in 2014. Moving with the tide, Yemi has gained recognition in the music industry and is seen as one of today’s happening female artistes in Nigeria and Africa.

On the 9th of June, 2020, Yemi Alade was mentioned to be among the forefront artists from across the world to perform at The Global Goal: Unite for our Future sponsored by the Global Citizen, which aimed to highlight the disproportionate impact of the COVID-19 pandemic especially in the most remote places in Africa and across the world.

Nigerian sensational singer and songwriter, Teniola Apata who is professionally known as Teni is renowned for her soul-grabbing voice and style. Her song “Case” found a streaming audience numbering in the millions, which brought about her endorsement deal with Tom Tom in March 2019. This achievement was followed by her debut EP, “Billionaire,” in 2019. In October 2020, Teni signed an endorsement deal with Telecommunications Giant, Globacom Nigeria.

These achievements have led to several nominations for various awards, and she has gone home with wins like the 2018 Headies Rookie of the Year, 2018 Soundcity MVP New Artist, amongst others.

In 2021, Teni released another debut album titled “Wondaland.” The album which featured 17 amazing songs, came with a hit single “Injure me.” Her proficiency in combining subgenres such as Highlife, and Afro-pop, and other subgenres is laid bare on in this album. Teni is sister to prolific singer-songwriter, Niniola.

Simisola Bolatiko Kosoko popularly known as Simi, is a 33-year-old singer, songwriter and actress, born to Nigerian parents. Her musical career took a flight in 2008 with her gospel album titled “Ogaju.” However, she gained public recognition in 2014 after releasing a song titled “Tiff.” The buzz the song received let to its nomination for Best Alternative song at The Headies 2015. Her first record deal was signed with X3M music in 2014 after which she left the label trailing the expiration of the contract in 2019.

Simi is married to Adekunle Kosoko, popularly known as Adekunle Gold, who is also a singer, song writer, and graphics designer. The union is blessed with a daughter. Simi till date is actively making headway in the industry.

After the release of “Happy Birthday” which she did in celebration of her daughter’s birthday, her new single, “Woman” is currently enjoying positive reception.

Tiwa Savage is a 41-year-old singer and songwriter born to Nigerian parents, who started her musical career as a backup singer for the likes of George Michael and Mary J. Blige.

In her earliest days, Tiwa faced a lot of rejections in Nigeria, yet was formidable and determined to succeed. Tiwa, against all odds pulled through to stay on top of her game. Till date, she remains one of the strongest voices in the African music industry.

This year, Tiwa unveiled a new song titled “Somebody’s Son” in which she featured American singer, Brandy in a remix. Although the song faced some backlash since the release of Tiwa’s sex tape, the song has gained wide acceptance.

Temilade Openiyi is a 26-year-old prolific singer and song writer. She is a vibrant artiste who, although active since 2015, gained public recognition in 2018 after releasing an original titled “Mr Rebel.” This song was trailed by a single “Try me,” which led to her recruitment by American singer, Khalid to feature in an Afrobeats remix of “Know Your Worth” alongside Davido.

Like every other female artistes, Tems has faced setbacks. In 2020, she was arrested in Uganda alongside Omah Lay for allegedly violating the COVID-19 lockdown rules. Yet, she has continued to show her dexterity and the uniqueness of her golden voice, releasing new songs and making A-grade collaborations.

Zainab Elizabeth Donli, professionally known as Lady Donli, is a singer and songwriter who is renowned for how she perfectly melds the components of Hip Hop, R&B, Jazz, and Afrobeat into her melodious sound, making inter-sectional music by finding the fusion between pop and traditional folk elements, leaving the listeners spellbound.

Born of Nigerian parents, she spent most of her early years in Abuja and Kaduna, Nigeria. However, she relocated to the United Kingdom where she obtained a degree in Law from the University of Surrey.

Lady Donli’s musical career kicked off in 2014 when she released her first project, the 12-song mixtape “Love or War.” This project left people dazed due to the energy and soul-entangling power her voice exuded, along with her attractive personality. This brought her prominence and public acceptance.

On the 30th of July, 2021, She released a new EP named “Wild.” The album which came with 6-new-tracks, entwines touching tales of life and existence, and Donli’s versatility in skillfully manipulating many subgenres. Till date she stands uniquely tall.