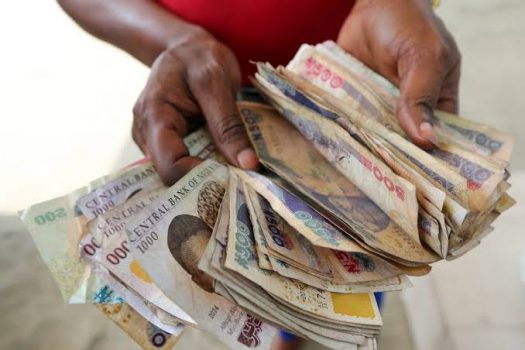 Why Do People Still Fall Prey to Ponzi Schemes Amidst Warning Signs?

In 2011, Russian Sergio Mavrodi launched the MMM Global Ponzi scheme that had subsidiaries in many African countries. After the Ponzi scheme failed in Russia, it rebranded as a mutual aid fund…

Around 2021, an investment group, FinAfrica Investment (Chinmark Group) operated as a partnership scheme, and according to their website, invested in various ventures such as agriculture, real estate, construction, and logistics. The group had a physical office in Enugu and became quite sensational over the Internet for its investments. People could invest between N500,000 to N100 million for a 3-4% Return on Investment, for a minimum period of six months. But like a house of cards, the investment group came crashing down. First, in December last year, the Nigerian Securities and Exchange Commission declared the investment group illegal and notified the public of its activities. Then, in days to come, the group missed its deadlines to refund about 4,500 investors who had put their money into the business. Yet again, another investment scheme plummetted, leaving its bereaved “investors” to suffer the loss of their money.

In 2011, Russian Sergio Mavrodi launched the MMM Global Ponzi scheme that had subsidiaries in many African countries. After the Ponzi scheme failed in Russia, it rebranded as a mutual aid fund, and between 2015 and 2016, it operated in various African countries, promising a 30% interest per month on investments. The scheme was so successful across Africa even when there was evidence to doubt its authenticity. In South Africa, for example, there was a demonstration by MMM members on the streets, when investigations were ongoing to confirm the scheme’s breach of laws in the country. In Nigeria, it gathered followership almost like a cult as a mutual empowerment scheme, that when it crashed, the Lagos State Emergency Management Agency (LASEMA) released an emergency number for individuals to call over any suicide attempt from the MMM fiasco in the country. It was estimated that N18 billion was lost to MMM.

The MMM scheme did not only rock its victims, it opened a doorway for other unscrupulous ventures to spring up every now and then. But one would think that after the somersaulting effect of MMM, individuals would restrain from the shady investment schemes.

Investment schemes such as this have become popular in Africa over the past decade. In 2021, reports had it that Nigerians lost N300 billion to Ponzi schemes and other speculative trades in the past five years.  Another suggests that Africa lost $836 billion to fraud between 2000 and 2015.

These dubious get-rich-quick and Ponzi schemes promise an outrageously large ROI over a short period of time, with little or no risk involved. The model, however, is that these schemes depend on the constant flow of new investments to continuously pay off old ones to keep the scheme afloat. This explains why the platforms constantly ask customers for new referrals. When referral flow depletes, the scheme crashes.

In Ghana, Menzgold Ghana Limited sprung up and promised its customers a 7 to 10% return on investment. Even after warnings from the Ghanaian government about the activities of Menzgold, Nana Appiah Mensah, the CEO of Menzgold defrauded his customers of $1.68 billion in gold dealership until it was shut down by the government in 2018.

Nigeria became a fertile ground for all kinds of schemes, especially ones perpetuated on online platforms: Ultimate Cycler, Twinkas, SureNaira, CheckBillz, Pennywise, etc. The list is inexhaustible. Perhaps one reason people succumb to the deceit is that they come recommended. In 2020, the investment platform, Racksterli grew rapidly in the space of nine months. The platform, owned by Michael Chidiebere Oti, promised between 46 to 58% ROI per month until it eventually crashed in June 2021. The success of this scheme could likely be associated with the endorsement it got from different high-profile celebrities and influencers in Nigeria. Celebrities like Davido, Rema, Williams Uchemba, Nancy Isime, and others all supported the platform.

How I wish Davido refund some of racksterli investors, especially some of us that join all in the name of Davido

Another approach worth mentioning is the giveaway tactic. Nigerian Dominic Joshua, the mastermind behind Brisk Capital allegedly sidetracked N2 billion from investors. Brisk Capital offered 30% monthly returns to make investments in Forex and real estate. Joshua won his investors over through constant giveaways on social media platforms especially on Twitter, even giving out donations during the nationwide End Sars protest. Like other celebrities have done times over, Joshua used charitability to gain public trust and win the hearts of prospective investors.

But one does not eliminate an underlying factor that is the dire economic situations of the countries where these schemes spring from. With Nigeria’s unemployment rate at 33.3% and 40% living below the poverty line, it’s easy to fall prey. The COVID-19 crisis caused further contraction of the economy, and since the pandemic, investment ventures in Nigeria have been on the rise with promises to alleviate the people’s suffering and help the poor masses. Chinmark used the motto “Touching Lives.” Baraza Investment scheme became popular in Bayelsa state Nigeria in 2020 and was promoted by the BBN star, Nengi.

Baraza Investment claimed to help people trade their money through Forex investments, as a means of empowering them.

It is however undeniable that individuals are motivated by greed. During the first few months, the scammer fulfills the promises, motivating victims to put in more money and further campaign for their schemes.

In light of all these, there is a need for the supposed investment ventures to be regulated by the government. Over time, the Nigerian Securities and Exchange Commission (SEC) advises and cautions the public against financial frauds. In January, the Nigerian House of Representatives passed a bill that would allow the SEC to freeze and forfeit all assets of such Ponzi schemes to the government. The House also passed a bill for the prosecution of operators and promoters of illegal Ponzi schemes, up to a 10-year jail term.

But most importantly, people should be able to discern and recognise foul play. When a business model is too vague to be understood, yet consistently has recorded a high turnover, one should tread carefully. Also, if a venture promises an overly high return in investment over a short period, that is definitely a red flag. If an enterprise is too good to be true, it probably is not true.

Sybil Fekurumoh is a freelance creative writer. While she isn’t studying, she’s promoting SDG 4s – Quality Education. Connect with her on Twitter and Instagram @toqueensaber.