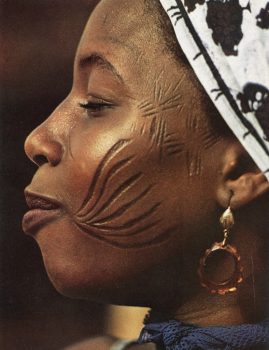 “Culture is not an ice cream cone, it does not melt away easily.” 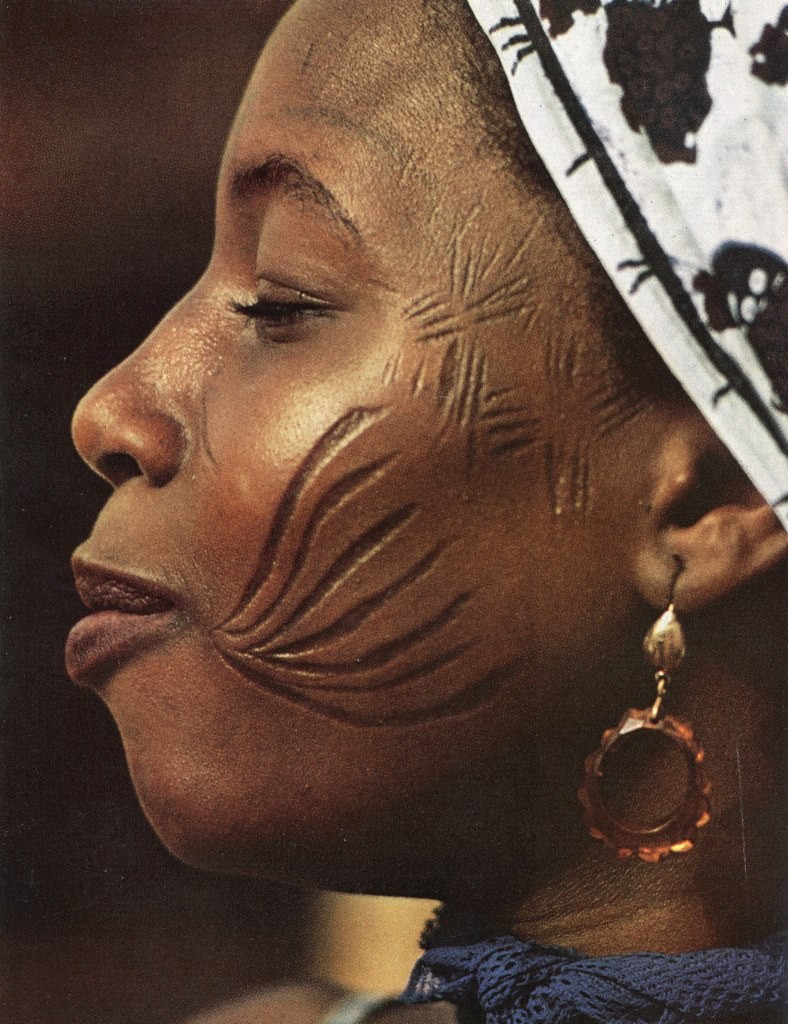 Beyond its dynamism, one major attribute of Culture is the fact that it is peculiar. Modernisation may have crept in on many parts of the world, but there are places, especially in Africa, that have held on to those traditional practices that make them unique.

Tribal Marks As An Integral Part Of Specific Cultures

The Banyankole of Uganda encourage new grooms to have sex with their aunts as part of a “potency test”, the Ethiopians uphold the Hamar practice where boys run naked and jump on bulls, the Surma of southern Sudan stretch their lips and remove their lower teeth to accommodate a lip plate, and the Yorubas of south-western Nigeria would always be known for their tribal marks.

This is not, of course, to assert that tribal marks are exclusive to the descendants of Oduduwa. The Igbo, Nupe, and Hausa get around to creating markings too. But in terms of frequency, volume, and popular use, one ethnic group obviously stands out. There have been documentaries about this, memes created from this, movies portraying this, even jokes that hugely reference the existence of indelible lines across faces. 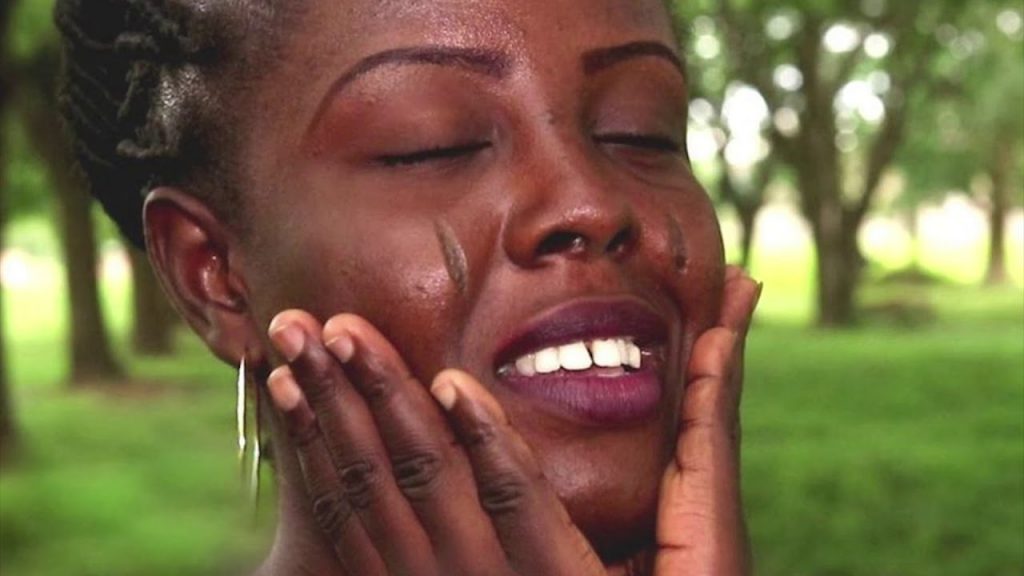 Tribal marks are made through the scarification technique. People who make these marks usually use razors or sharp objects to make them on children’s faces or other parts of their bodies. Then they rub native dye from charcoal marks to prevent the skin from closing up as the body tries to heal itself. The native dye also helps to stop bleeding.

Oral tradition has it that the practice of scarification in Nigeria dates back to the era of slave trade when the Europeans captured people and bundled them in ships like sardines. People started giving family members marks to identify and recognise them when (and if) they were captured and later found. These permanent marks became ways of identification passed on from family to family, members of the same village, identification of royal lineage, and people from the same lineage.

Strange as the practice may seem, a number of reasons have been adduced for scarification, and on close scrutiny, they appear to be valid (for the practitioners, at least). Some take to marking their kin for the purpose of identification, others (claim to) do it for spiritual protection, people argue that it has its healing benefits, and there were those (mostly in previous generations) who believed that tribal marks made them look a lot more attractive.

Tribal marks could be of different figures, they could be horizontal or vertical, and this usually depends on the particular community where the scarification is being conducted. The Owu involves six incisions on each side of the cheek, the Pele simply involves three long lines inscribed on the cheeks, the Gombo (indigenous to Ogbomosho) is made up of curved and straight lines on both sides of the cheek, and the Oyo people call their four horizontal stripes the Abaja.

No thanks to international campaigns and extant legislation, this rather interesting practice is under threat of erosion from popular Yoruba culture. In 2017, Senator Dino Melaye sponsored a bill at the National Assembly seeking to criminalise facial mutilation under the guise of cultural and tribal marks. The bill was named “A Bill for an Act to provide for the Prohibition of Facial Mutilation, the Offences, Prosecution, and Punishment of Offenders and the Protection of Victims under Threat of Facial Mutilation and to provide for Other Related Matters.” 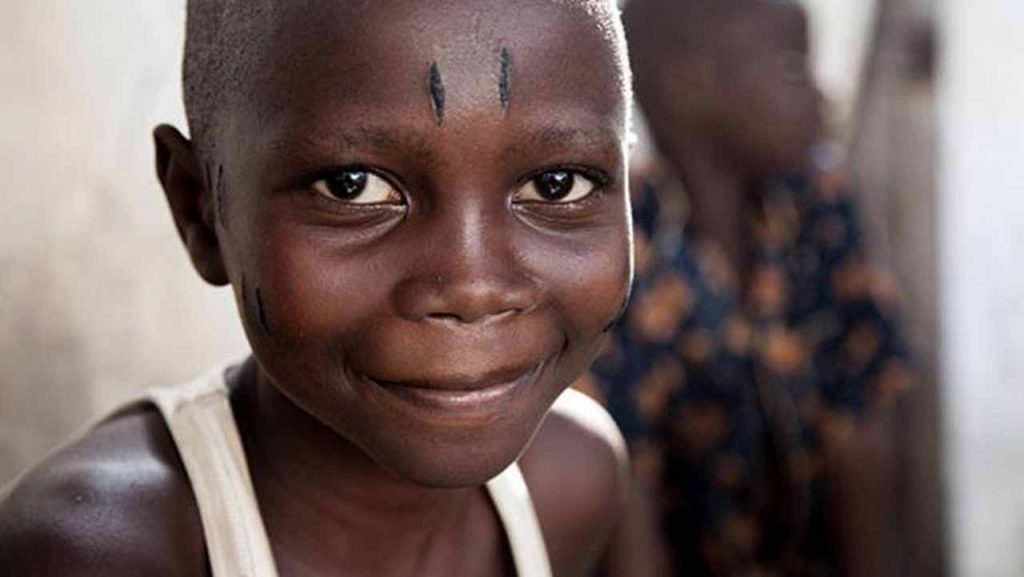 From a social perspective, tribal marks have, over the years, created stigmas for those who bear them: many regard it as a taint to facial beauty as well as a sign of primitiveness. In 2007, Nigerian rapper Mode 9 in his song “Nigerian Girls” made a derisive reference to a lady whom he had to dump after going to bed with her and discovering that she had tribal marks by morning. This narrative, however, is slowly changing: in 2018, face model Adetutu Alabi kick-started a “Tribal Mark Challenge” on social media which not only went viral, but caught the attention of Rihanna, and ultimately earned Ms. Alabi an interview with the BBC. She now advocates for people to wear their tribal marks with pride in a bid to promote body positivism, while at the same time campaigning to stop the scarification of children until they are able to decide for themselves.

The agitations of human rights activists and proponents of modernisation may endanger this intricate aspect of Yoruba tradition, but Culture is not an ice cream cone, it does not melt away easily. It may appear crude and unnecessary now, but those who bear those incisions on their faces and other body parts would tell you upon inquiry why those knives had to work the way they did. Before we pan it, we need to examine why it exists, and until people find a reason to conduct their affairs otherwise, they will still keep creating those deep scars.