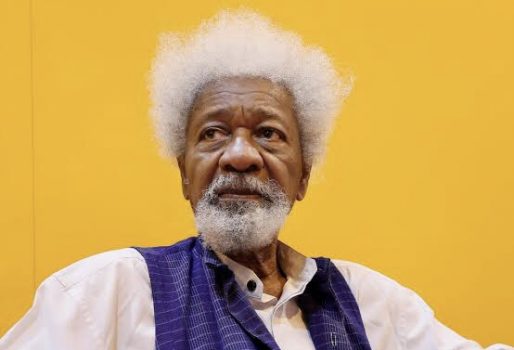 The event will be held at 6:30 pm on Tuesday, December 6th at Cipriani 25 Broadway.

The Centre for Fiction has announced its plans to honour award-winning Nigerian writer and Nobel Laureate, Wole Soyinka, with the Lifetime of Excellence in Fiction Award at its Annual Awards Benefit on December 6th, 2022.

There would also be a conversation between Soyinka and celebrated author and academic, Henry Louis Gates, Jr.

The event will also honour the Editor-in-Chief of Riverhead Books, Sarah McGrath with the 2022 Medal for Editorial Excellence; and Kenneth Chenault, the centre’s honourary Benefit Chair. Also at the event will be the announcement of the 2022 First Novel Prize.

The Center for Fiction Lifetime of Excellence in Fiction Award honours a writer who, through their exceptional body of work, has significantly shaped our culture and perspective.

The awarders define Soyinka as, “An outspoken opponent of oppression and tyranny worldwide and a critic of the political corruption in Nigeria and throughout Africa.”

Soyinka, the first African to win the prestigious Nobel Prize in Literature in 1986, is the author of five memoirs, including Aké: the Years of Childhood (1981) and You Must Set Forth at Dawn: A Memoir (2006). He has also written novels such as The Interpreters (1965) and Season of Anomy (1973)—and Chronicles from the Land of the Happiest People on Earth (2021). He was born in 1934 in Abeokuta.

The event will be held at 6:30 pm on Tuesday, December 6th at Cipriani 25 Broadway. Purchase tickets here.