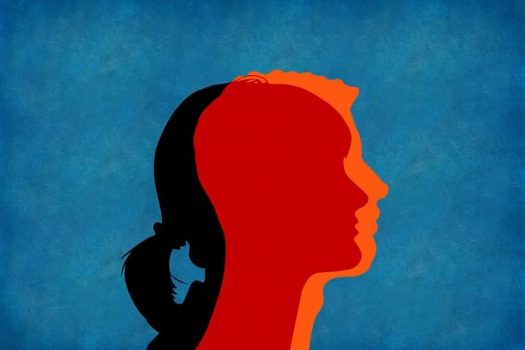 Married Nigerian Women Should be Allowed to Decide Their Surnames

…the perseverance of this tradition can also be linked to the fact that most married Nigerian women in Nigeria and outside the country, are taught to view marriage as an accomplishment…

The concept of a woman taking her husband’s surname upon marriage is one which is staunchly entrenched in the cultural fibre of our society; although in recent times, progressive efforts are being made to change such blatantly patriarchal tradition.

Many have wondered from where this tradition even originated and why it did. Should it have ever been allowed to exist at all? Fortunately, Sharon Brandwein, in a 2021 article attempts to answer this great question, stating that it was not always so. According to the author, there was no such thing as surnames in the past (medieval England, to be specific), and the English were known simply by their first names. However, steady population growth resulted in great difficulty in keeping track of one’s ancestry, and thus, the employment of surnames as an identifier was introduced, swiftly becoming the norm.

While this explanation seems fair — sensible even — it fails to account for the rationale behind the tradition of women taking their husband’s last name. Kerrie O’Brien, mirroring, perhaps, the thoughts of all women, claims that the tradition dates back to a time when women were considered the property of their fathers to be passed on, like chattel, to their husbands. Brandwein also offers a brief history of the tradition, taking us back to the 11th century, a proudly patriarchal time. She states that in England, this practice began after the Norman Conquest, when the Normans introduced the concept of coverture to the English.

Thus, coverture, under English common law, demanded that upon marriage, a woman’s identity was “covered by her husband.” This meant that both man and wife became one, and wife’s identity was essentially obliterated. Under this terribly discriminatory law, husbands boasted of legal and financial ownership of their wives, married women were allowed no legal rights over their children, and marital rape and domestic violence thrived due to limitation in available recourse.

However, the quite welcome feminist uprising of the late 19th and early 20th century saw the gradual fall into disfavour of this law and its eventual demise. Yet, in spite of this, women were still denied basic legal rights, like registering to vote, if they did not use their husband’s last names. Only half a century later, were married women allowed the right to vote with their maiden names, as decided in the case of Dunn v Palermo.

Surprisingly — or unsurprisingly, depending on how one chooses to look at it — despite the relatively recent abolition of laws demanding the adoption of the husband’s surname by a married woman, this tradition which arguably concerns male dominance and female subservience, stubbornly persists. And it is no surprise that in Africa, a continent where patriarchy, in all its masculine glory, thrives, women are still pressured into maintaining this practice.

It is at this point that we must remember that Nigeria, fondly referred to as the Giant of Africa, not only boasts of a largely patriarchal society, but was also once a British colony. Thus, while English statutes became a major contributor to her legislation, English practices such as statutory marriages governed by the Marriage Act, became a norm in the country. And although there exists no section of this Act which compels the adoption of the husband’s last name by the wife, the unwritten rules of statutory marriage, which includes the aforementioned tradition, was also gladly embraced by the Nigerian society.

An unsurprising thing, as even the written laws and customary laws of the land seem to favour the man over the woman. But if the legislation does not demand it, why do women still do it?

Maddy Savage, in a 2020 article claims that, although there exists countless personal reasons why women might wish to drop their maiden names upon marriage, in-depth analysis and careful perusal of existing research, along with detailed interviews conducted with engaged couples and newlyweds, identified two main factors behind the persistence of this tradition: the perseverance of patriarchal power, and the “the ideal of the good family” — that is, the sense that bearing your partner’s surname shows commitment and binds you, as well as your children, together as a unit.

According to Savage, there are couples which accept the tradition simply because it is conventional, and there are others who embrace it because the idea of passing on male names appeals to them. In the same article, Simon Duncan, a professor in family life at the University of Bradford, UK, claims that for some women, it is the internalisation of patriarchal traditions which surround marriage that makes them look forward to changing their titles to Mrs, and assuming the identity of their husbands.

Arguably, the perseverance of this tradition can also be linked to the fact that most Nigerian women in Nigeria and outside the country, are taught to view marriage as an accomplishment. While marriage is a beautiful thing when done with the right person, in patriarchal societies like Nigeria, only the women are trained to view it as an achievement. Thus, when a woman has reached a particular age and has yet to marry, it becomes a cause for distress, a reason for consistent worrying and prayers, whereas usually, a man of “marriageable age” carries on as though nothing is amiss.

Furthermore, a married woman in Nigeria is given a certain respect that single women are not afforded. For instance, the statement “no talk to am like that, you no know say na person wife?” would not be unfamiliar to many married women in the country. Also, in public places, married women are often referred to by the respectful “madam,” whereas single women are hardly ever offered such titles at all.

These are, perhaps, some of the reasons why some women happily shed their identities, taking on the last names of husband’s as proof of this “accomplishment,” in spite of the documentary hassle (having to swear affidavits as proof of change of name and alter names on important documents, bank accounts, drivers license, passports, etc) that such a change might cause.

In a 2018 article, Okunniga argued that the world has evolved to a point where women no longer feel compelled to assume the identities of their husbands. According to the author, Nigerian women now choose to retain maiden names for reasons such as maintaining a connection to their families, especially in situations where the children of the family are all female, and the prominence of their maiden names.

Nevertheless, the proudly feminist Nigerian author, Chimamanda Ngozi Adichie, in her book, “Dear Ijeawele, or a Feminist Manifesto in Fifteen Suggestions,” reminds us that, “our world still values a woman’s marital and maternal roles more than anything else.” She offers an example, using Hillary Clinton’s decision to drop her maiden name due to pressure from those who would not see her husband lose voters as a result of their displeasure at her retaining her maiden name Rodham, rather than completely changing it to her husband’s Clinton.

Chimamanda goes on to highlight the fact that while married women are expected to change their names in Nigeria, widely successful married women are afforded the grace to retain their maiden names. On this, she excellently argues that a woman need not offer any form of justification for keeping her name.

A woman could rightfully retain the name she had been called since the day she was born, simply because it is her name. She adds that, although people have stated that a woman’s original name which includes her father’s name is also rooted in patriarchy, the important point is this: “whether it came from my father or from the moon, it is the name that I have had since I was born, the name with which I travelled my life’s milestones, the name I have answered to since the first day I went to kindergarten…”

Thus, while it is well within the right of a woman to take on her husband’s name for various reasons, including the fact that it might simply sound much better than her maiden name, it must be acknowledged that a married woman is not the property of her husband, and thus, need not assume his name whether for uniformity sake or otherwise. A woman, in spite of her marital status, remains an individual with a unique identity, not unlike her husband, and may retain her maiden name, or choose to hyphenate if it so pleases her.