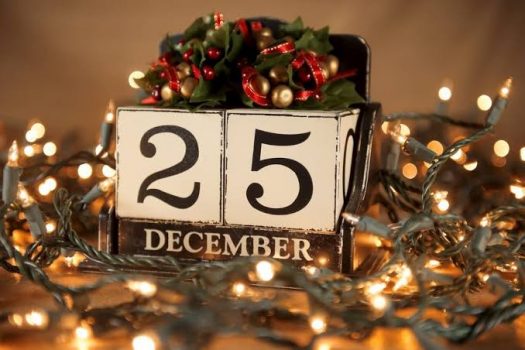 How Relevant to Christmas is December the 25th?

Church leaders have thought it rational to celebrate saints and martyrs on the days of their martyrdom and deaths rather than their birthdays. Thus, there have been an ideological divide amongst Nigerian churches as to this issue…

Every street has new rays of light in nighttime, every house has a streak of shine, Christmas trees wiggle in different homes; wardrobes, boxes and closets are neatly arrayed with new and shiny shoes, hats and clothes. It’s Christmas, and these are expected.

All around the world, one of the most celebrated days is Christmas, and it is observed by Christians and non-Christians alike. Because it is marked by an increasingly elaborate exchange of gifts and so many more activities, many people take out time to prepare weeks before the day. While children get easily excited about Christmas because of the mythical figure of Santa Claus, some adults are more excited because of reunions, parties, etc.

Christmas began to gain wide popularity in the 9th century when the Protestant churches gathered together in a solemn assembly to hold candle light services on the eve of Christmas. It was a service well coated with lessons and songs, Bible readings, and a reminder of the history of their salvation, incorporating the creation of man, the fall of man and the birth of the saviour, Jesus. Typically, the focus of the celebration was on the birth of Jesus which brought about the translation of the journey of God’s people.

Over centuries, there have been the debate about whether or not Christians should celebrate Christmas. There are equally sincere and committed Christians on both sides of the issue, each with multiple reasons for or against the celebration of Christmas in Christian homes. Church leaders have thought it rational to celebrate saints and martyrs on the days of their martyrdom and deaths rather than their birthdays. Thus, there have been an ideological divide amongst Nigerian churches as to this issue.

While Christmas holds sway in different churches, there are still quite a number of those who perceive the festival as unbiblical and even satanic. This perception stems from the strong opposition to recognising 25th of December as the actual date of Jesus’ birth.

The general overseer of Deeper life Bible Church, pastor W.F Kumuyi emphatically told his members during their annual December retreat in 2013 that the celebration of Christmas was idolatrous, which explained why the church does not sing Christmas carols. The clergyman, in a bid to discourage his members from participating in the celebration, organises an annual retreat that spans from the 24th to the 27th of December. Admittedly also, the New Testament provides no clue as to the actual date of Jesus’ birth.

December 25th was first recognised as Jesus’ birthday by Sextus  Julius Africans in 221 AD, and later gained wide acceptance as the actual date. December 25th heralds the popular holiday in Roman Empire known as solis invicti nati, the day of the birth of the unconquered sun.

This explains the perspective of pastor D.K Olukoya, general overseer, Mountain of Fire and Miracles ministries, who dissuades his members from celebrating Christmas because he believes it to be unbiblical. He argues that the festival is a rebirth or a modification of the Mars festival which was in celebration of the ‘sun’ and not the ‘Son.’ In the same vein, Jehovah’s Witnesses do not celebrate Christmas as they see it as an occasion that stems from mere human speculations or religious Creed and has its root in pagan traditions rather than the Bible.

Christians who choose to ignore Christmas point to the fact that the Bible doesn’t give us the date of Christ’s birth, a fact that is certainly true. December 25th may not be even close to the time Jesus was born, and arguments on both sides are immense, some relating to the climate in Israel, the practices of shepherds in winter, and the dates of Roman census-taking. None of these points are without a certain amount of conjecture. While some see this as proof that God didn’t want us to celebrate the birth of Jesus, others see the Bible’s silence on the issue as its tacit approval.

Although, over the years, the real essence of Christmas has been perverted, and many deviations have occurred, Christmas definitely goes beyond mere appellations. It is a day dedicated to honour the birth of Jesus.

Pastor Lazarus Muoka of The Lord’s Chosen Charismatic Revival Ministry describes Christmas as a season that brings hope to Christians. He further explains that the Christmas story is all about the covenant-keeping God fulfilling His promises to humans through the birth of Jesus, the Christ who was prophesied many years before, but fulfilled at the fullness of time. This, to him, is the primary purpose of the celebration.

An article by Ed Jarrett demystifies the obscurity that spurs confusion in people regarding Christmas. The article enjoins people to focus on the birth rather than the date. The bottom line of Christmas is that there was a birth, and that birth is being honoured regardless of the correctness of the date.

Responding to the curiosity of his members, pastor Chris Oyakhilome said anyone who wants to celebrate any festival can celebrate it so long as the festivities are God-glorifying. He emphasised that what is important about Christmas is not whether or not people celebrate it but about what they do with in it.

The complexities entrenched in Nigeria makes it hard for people to accept simple occurrences without suggesting ‘deeper’ meanings to them. It is believed that specific months of the year such as September, October, November and December, usually referred to as the ’ember’ months, come with specific hazards such as deaths, accidents, rituals, kidnapping, sexual assualts and so much more. Unfortunately these things have become practices that people engage in considering people’s preparation for Christmas and how they travel from different regions to spend time with their loved ones during this holiday. These occurrences has also shaped people’s ideology into ascribing the deaths that occur within these periods, specifically December, to sacrifices offered to the idol being worshipped by pagans who celebrate Christmas.

There is no command to celebrate Christmas, quite true, yet Christmas can be celebrated in honour of the Lord.

Whatever Christians decide to do regarding Christmas, their views should not be used as a club with which to beat down or denigrate those with opposing views, nor should either views be used as a badge of honour and pride over celebrating it or not.