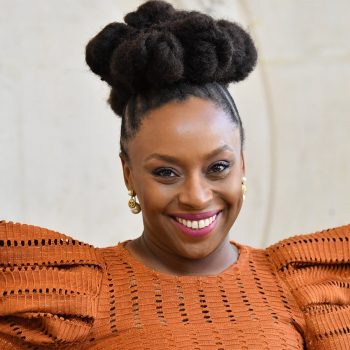 Shortly after Sir Kazuo Ishiguro published his eighth novel, Klara and the Sun, the 2017 Nobel Prize winner took to expressing his fears about cancel culture, one of the most rampant methods of moral policing of the times. In his words, “Young writers were avoiding writing from viewpoints outside their own immediate experiences for fear of being cancelled by an ‘anonymous lynch mob’ online.”

In 2020, more than 100 high-profile celebrities, including renowned novelist J.K Rowling signed, an open letter that claimed the spread of ‘censoriousness’ was leading to ‘a vogue for public shaming and ostracism.’

In June, renowned Igbo novelist Chimamanda Ngọzi Adichie published an essay on her blog, detailing how she was being pilloried and chided for her opinions on feminism by two writers whom she had tutored at her creative workshop, and how these writers tried to lead a campaign to cancel her. One of the writers who she wrote about had even gone as far as tweeting last year that it was time Adichie got de-platformed. Adichie’s story reignited a fierce debate on the subject of trans-women being women, and whether their experiences are the same.

Undoubtedly, we have a situation of growing concern arising from many instances of people being cancelled for their opinions, even opinions which they held in the past, because a demographic feels threatened by some of these opinions. Adichie was accused of being “violent” to the trans community and being opposed to their existence. Members of the transgender community released multiple statements denouncing her craft. Her British counterpart, J. K Rowling, has also been labelled transphobic.

The rise of cancel culture in recent years has largely been facilitated by certain demographics and cultural minorities, who usually hold themselves out as being “threatened” or “exposed to violence” by the celebrity or public figure that had drawn their ire. Those who argue in favour of cancel culture say it is a means of holding powerful people to account for their actions. Undoubtedly, accountability is necessary for society to progress. But the problem with cancel culture is that it seems to lean a lot more toward the side of vengefulness. It is not as concerned with making powerful people answerable for their actions as it is with bringing people down. It does not raise questions to be answered, it does not thrive on argument. At the very heart of cancel culture is an anonymous crowd baying for blood.

The recent concern being raised about cancel culture is that it stifles free thought and causes creatives to hide behind a mask of their fear to be cancelled, much to the detriment of honest art. Art thrives on the freedom of thought and imagination; it is not necessarily bound by morality. In trying to obtain a greater understanding of what life is, the mind should be allowed to wander, make mistakes and correct itself. If, in the process of doing this, Art unsettles us, it is no reason to cancel the art, rather it is proof that there is an even bigger message in the art, capable of providing an avenue for learning and growth. But cancel culture has caused a great deal of fear in younger writers.

According to Ishiguro, younger writers are becoming more scared of writing from a point of view outside their experience for fear of being cancelled. His concern is reminiscent of a series of events that unfolded in the African literary scene a few years ago.

In 2019, a (now-defunct) literary magazine named Enkare Review published “Little Entertainment Centres”, a story of a pedophile by a writer named Jekwu Anyaegbuna. The story was written in first-person and narrated from the perspective of the pedophile. The story tried to replicate what the thought process of a pedophile might be, and it was a bit tongue-in-cheek. The story was as offensive as any depiction of pedophilia would be. It had the capacity to strike a discussion around pedophilia, but instead, many young African writers spewed vitriol on the magazine and the author. The story was taken down, but Enkare Review, already mired in controversy from previous incidents, never recovered.

This is an example of a writer and a literary publication getting into trouble for daring to publish a story that was unsettling in more ways than one. The story was panned for “glorifying pedophilia”, but did they consider the possibility that “Little Entertainment Centres” could have provided some education of sorts on the repulsive nature of pedophilia?

Such levels of introspection and interrogation are incapable of surfacing in mob action. With cancel culture, there is no room for debate, unlearning, and/or relearning for the purpose of growth. The mob which cancels a writer, thinker or entertainer for the dimension of their art does so with the intention of bringing them down. There is almost no place for forgiveness in times when the artist was wrong, but has genuinely repented.

In any case, who says artists should only write from a vantage of personal experience? Nobody has a monopoly on these experiences. Artists should be allowed to venture beyond what they know and have experienced. The evolution of human empathy has its basis in people trying to understand other people and their experiences; why can’t this also apply to the Arts? This artistic freedom has been threatened in recent times by cancel culture. It will be disastrous for a generation of artists to produce art that has been stifled by censored imagination, and muted by the fear of being lynched by an anonymous mob.

A difference in opinion should not be seen as a threat to one’s existence. It is important to create a society where everything can be questioned and every opinion challenged. Cancel culture should be challenged if society is going to remain healthy.

For society not to collapse, it is imperative that freedom of thought be preserved. It is through freethinking that we have made progress in recent times, particularly with respect to our perceptions of cultural and sexual minorities. It is through freethinking that we have challenged some absurd traditional conventions. This freethinking that drives progress is integral to an artist’s thought process, and if cancel culture is going to stifle the capacity of artists to think differently, then it should be nipped in the bud.

In the words of Adichie (per her essay), “…and so we have a generation of young people on social media so terrified of having the wrong opinions that they have robbed themselves of the opportunity to think and to learn and to grow. I have spoken to young people who tell me they are terrified to tweet anything, that they read and re-read their tweets because they fear they will be attacked on their own. The assumption of good faith is dead. What matters is not goodness but the appearance of goodness. We are no longer human beings. We are now angels jostling to out-angel one another…”

In many ways, cancel culture is a metaphor for a system that seeks to police imagination and thought. This is inimical to artistic expression and growth. It’s a cancer threatening to erode the fluidity that is art. Perhaps, it is time for cancel culture to be cancelled.