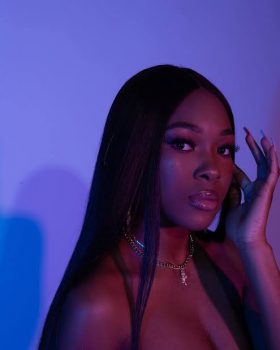 Veeiye Explores Her Bohemian Spirit in “Young and Reckless”

At the core of her music is a fiery, free-spirited expressionism that syncs with a narrative webbed in both her past, her present, and her evergreen youthful exuberance…

“Vee-eye, as in Victoria Island; it’s not not Vee-eeyah, or Vee-eeyeh. Please. Thank you,” her pretty eyes flushed with sarcasm when she said these words. It was only two days away to the release of her debut extended playlist (EP) dubbed, “Young and Reckless,” and Victoria Adeyele had been engaging her millions of social media followers all day, in heartfelt pontifications about one of the most controversial aspects of her career: her identity.

Before the 2020 Big Brother Naija (BBN) reality TV show, Veeiye was just another young adult in her early 20s, bootlegging her musical career with a British accent and a bank account filled only with goodwill. Her position as a finalist in the highly-contended TV show catapulted her into limelight for all the bougie, confident and bad b***h vibes she brought on during the show, but that slice of fame came freshly-baked with skepticism of her true prowess as a singer.

“I’d say going on BBN as an artiste is a double-edged sword,” she playfully ranted on her Instagram page. “Some people suddenly feel you are not good enough. I’m trying to kill that narrative.”

Enter Veeiye Von Wick. With a 5-track sound piece, the 23-year-old juggles her revenge for initial public doubt, alongside her need for a free-spirited creative expression. She juggles them like a circus star, with reckless abandon and confidence, as if drawing inspiration from her 2019 decision to exit the hallowed streets of London, to chart a course in Nigeria’s music history from the stuffy, smelly, smoky and strife-filled streets of Lagos.

“I no get time/ To follow you drag matter/ So if you try to waste my time/ I go leave you here waka,” she affirms her vehement braggadocio in the EP’s opener, “Do It,” serving threats to all potential playboys who might want to explore the roadmaps to her heart. At the core of “Young and Reckless” is Veeiye’s intimate retelling of her past experiences, connecting it with her current and more mature emotional paradigms.

“It embodies me; I am the queen of youth and reckless. I wrote some of these songs when I was deep in my youth and I am someone that likes to tell stories through my music,” she said. Veeiye continues this inward sojourn in “Forbidden Fruit” where she features Ladipoe, and “No Time” where she tows a very thin line between being a die-hard lover-girl and a stone-hearted, not-to-be-messed-with amazon. She switches the mood of the project, twice with “Enter My Head,” featuring Laycon, and “Show” where she ruminates on the sweet and sour sides of fame, as well as boldly exploring her sensuality, respectively.

While her attempt to kill all skepticism in the minds of her listeners, especially Nigerians, fell a bit shallow and less fatal, it still evoked enough bloodletting especially for the code-switching in her songwriting, and excellent choice of features. The EP flushes with lyrics well-woven in Nigerian pidgin, Yoruba and the English languages. It also uses everyday phrases, such as “Omo I don dey for ‘streets’ taya,” “Jedi Jedi,” “Cruise,” among others, that boost the relatability of the project.

Interestingly, Veeiye handles her music career with expertise rare for most beginners. She serves a heated mix of Mellow RnB and Afro-pop that is both food for thought and fuel for the feet on the dancefloors. Her earlier work, her first musical release, the duet with British-Ivorian superstar, Afro B, dubbed “Ecstasy,” mirrored similar vibes.

Interestingly, Veeiye has only ever collaborated with men. From Afro B, to Ladipoe, to Laycon, to even her 2020 Budweiser Smooth Kings Remix duet with Ycee. Is that just a deliberate affirmation of her Alpha Female status, if such a thing exists? Or is it that she works better with male artistes?

The year was 2017 and she had just taken an extra year from her Health and Social Work studies to focus on music. In London, that wasn’t really a typically common move, and one very much less to be hailed, but in the Queen’s kingdom, Veeiye’s burning hunger for expression, alongside her mother’s love and support pushed her into Lagos, into Big Brother Naija, and into your current music libraries. She epitomises all shades of a hard worker, with much promise in this cut-throat Squid game-esque music industry. But like player 456, she is poised to soar to the limelight.

Is this EP likely to change your perception about her musical prowess? It is a 50-50 chance, depending on how high your bar is set for her. Cohesively, the record is a regular bedtime story, for most Nigerian women, with cliche storylines, and its brevity does not give a deep glance into the wonderful vortex that is, suspectedly, Veeiye’s mind. However, it is still her narrative, and it is one that holds enough intrigue, relatability and euphoria. And that is how you know a good project.