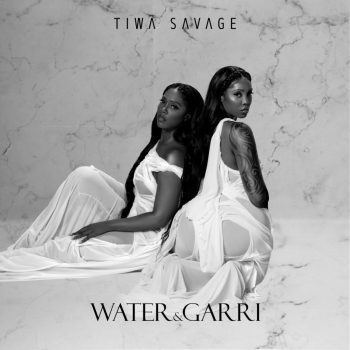 Water and Garri is a Nigerian staple that is synonymous with hunger-induced cravings, and with this record, Tiwa explores the depths of emotional cravings in a manner that leaves you in awe of her evolution as an artiste. As with many millennials in Buhari’s Nigeria, I woke up on one of the more humid mornings earlier this week, full of angst and anxiety. I began to think of ways to balance my emotions, and I opted to douse the internal turmoil with music, opting to stream the 5-track EP recently released by Nigerian pop queen Tiwa Savage. Few minutes into my first rotation, I could almost feel goosebumps. There was something quite magical and therapeutic about it. Like most of her records, this playlist is stewed in feelings, espousing different emotions in a halo of harmonies that remind you why Nigerian music enthusiasts have been drawn to the “Kele Kele Love” crooner since 2011.

Tiwa Savage continues the thematic run she started with last year’s critically-acclaimed album, Celia, pushing different narratives with her music, most of which aim to inspire and comfort. The first track on the record, “Work Fada”, which features Nas and Rich King, lays the introspective foundations of this project with a pensive hustlers’ ballad. “Ade Ori” is an invitation to celebrate a person’s self-worth, and on “Tales By Moonlight” (which includes vocal contributions from Amaarae), “Somebody’s Son” (a collaboration with American RnB legend Brandy), and “Special Kinda” (featuring alternative singer-songwriter Tay Iwar), she tells the dreamy love stories that make one’s heart to ache for a partner. Despite its brevity, the EP evokes a feeling that leaves you complete, balanced, and hopeful. This is what makes Water and Garri tick. On this record, Tiwa flaunts her songwriting prowess. On “Work Fada”, she waxes poetic with the lyrics “go read some scripture lazy boy/it weighs on yourself, but you’re finding the way/it might take you hours, and it might take you days/it might take you years/to figure out the bolts and things/you can build a rocket/and fly the crew to mars”. She paints several portraits of emotion with her pen, using few words to illustrate a myriad of feelings.

The highlight of this record is hearing RnB sweetheart Brandy sing in Yoruba language on “Somebody’s Son”. Watching the listening video, which Tiwa shared on her social media platform, is nothing compared to the feels that tug at your heartstrings as you hear Brandy’s brief (but memorable) rendition in Yoruba.

Beyond its emotive appeal, Water and Garri is also reflective of how much production and sound engineering in Nigerian music has evolved since “Love Me, Love Me, Love Me” and “Eminado”. With brilliant input from Cracker Mallo (“Tales By Moonlight”), Michael Ajayi (“Somebody’s Son”), and Greg Howe (“Ade Ori”), this record further strengthens the argument that when it comes to the production nous of Nigerian tracks released in the last four years, grit has since given way to sophistication. Pop music in these parts is now churned out with a level of sound mixing that can hold its own anywhere in the globe.

This is a no-skip record, as every song on the EP soars with everything you need on a body of work. You can dance, reflect, relax and just vibe with it. It’s the magic that results when you mix water with the Nigerian staple known as Garri, in the middle of the thickest hunger. It’s refreshing and a clear projection of where the 40-year-old is heading, as one of Africa’s most enduring singer-songwriters of the century.

Water and Garri is a testament to the fact that Tiwa is unwilling to be stuck in any artistic box. The collaborations on this record show how intimately abstract Tiwa Savage can be when choosing which artiste to work with. Worthy of note is how she develops chemistry with Tay Iwar and Amaarae, whose vocals blend in seamlessly into the record. Six listens in, it’s clear that this record possesses that unique feature that has now become an integral part of Tiwa’s music: its ability to resonate with multiple demographics. Like vintage Glenfiddich, this EP will age well, and like a lean Steve Rogers morphing into a buff Captain America, this “African Bad Gyal” has clearly evolved artistically.