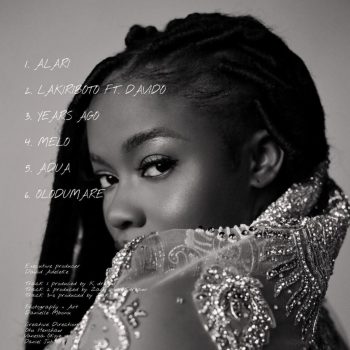 In October 2020, serial hitmaker Davido surprised everyone when he announced the signing of Abdulsalam Suliyat Modasola, professionally known as Yes Liya (or Liya), to the DMW record label. Being the label’s first official female signee, it was only a matter of time before the tag ‘First Lady of DMW” was slammed on her. As expected, industry experts and Nigerian music enthusiasts began to debate the future prospects of a female pop artiste in a label of DMW’s nature. The big question was, would she get the much-needed push, particularly considering industry antecedents with respect to female musicians? In December 2020, the songstress released her first single titled “Melo”, which was met with a fairly lukewarm response. Liya put her vocals to work, but somehow the song failed to register, and as numbers showed, it endured a pretty forgettable run across streaming platforms.

In the months that followed, Liya channeled her energy into improving her vocal pitch and recording new music. The result of those long hours of work is her debut EP, Alari. The record, whose title loosely translates to “stand out” in Yoruba, comes eight months after her first single, and ten months after she put pen to paper with DMW. I wanted to understand the meaning of Alari in a deeper context, so I went to inquire from a couple of sources. According to Google, Alari means “she that is so separate, she stands out for all to see, an outstanding person”. However, the expression “Àláárì” means “expensive cloth”, and if the old saying “sányán baba aṣọ, Àláárì baba ẹ̀wù” is anything to go by, Alari in further context could also refer to standing out as an expensive cloth stands out.

The EP gets off to a start with the title track, “Alari”. The song opens with the lyrics “e go postulo vestri giginber” (I need your ginger) and she follows that line with “you were gone for so long, my redeemer.” Art is subjective, and an artist could make art to mean a particular thing while the audience interprets it to mean another, but each interpretation shouldn’t be too far apart. Her lyrics are derivations of Yoruba culture, and perhaps, it is why this writer is holding her to higher standards. She continues with time-worn Yoruba proverbs that barely correlate with the direction of the song, and it makes for head-scratching music.

She teams up with her mentor Davido on “Lakiriboto”, a song whose title could either mean hermaphrodite or lesbian, depending on the level of the user’s immersion in Yoruba lexis. Sadly, the only thing edgy about this track is its name; the songwriting leaves much to be desired. The third track, “Years Ago”, dwells on the overwrought grass-to-grace story amidst lyrics like “auwusubillahi innabillahi”(God forbid)/”I go chop money and I go chop life”. Again, she struggles (in vain) to make one line correlate with the next.

The previously-released “Melo” is salvageable and sounds better on a record. She harps on positivity as she uses the popular Islamic phrase “peace be unto you“, even though the interpolation of the lines from “Olajumoke” – a playground song that usually accompanies the popular Yoruba folktale “Olajumoke and Ori” – makes for curious observation.

In “Adua”, she showcases her vocal range which is quite impressive: “ma rora mi a gbese/Suliyah, ma rora mi a gbese”, a line that hints at self-adulation, is one that should have been present in “Alari” instead, but we’ll take it. The record closes out with “Olodumare”, a prayer of sorts, garbed with indigenous flavour.

With a running time of 16 minutes, Liya’s debut offering fails to deliver on its promise of “standing out”. The intensity and allure of her voice make it easy to forget that she isn’t really saying anything. The production is top-notch, but the brash tone of her producers’ tags drowns the feel of sophistication she obviously wanted to relay. Time and time again, the lyrics of her songs flow at variance with the central theme, to the point of becoming unforgivable; more research should have been conducted with respect to the songwriting.

“Alari” and “Olodumare” hold their own as the record’s high points, and that’s because on both songs she explores the Afro-house sub-genre, a space that not too many artistes occupy. That said, Liya is undoubtedly an artiste with a lot of promise. With more coordination, a firm perspective on what she wants to offer to her listeners, and decent songwriting, she’ll definitely become more formidable.