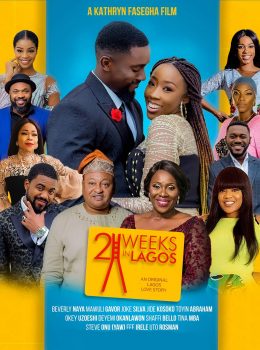 It is commonplace to find that romantic films are set in big cities, and when the movie focuses on the city in question as the focal point of the story, the stakes are raised significantly higher: audiences look forward to unpacking a love story that would be as enchanting as it is exciting. This is what Kathryn Fasegha, who has directed movies like Treacherous Heart, sets out to do in her most recent feature film. She’s almost a lone ranger in the creative process, taking on the directing, the production, and the screenplay all by herself. 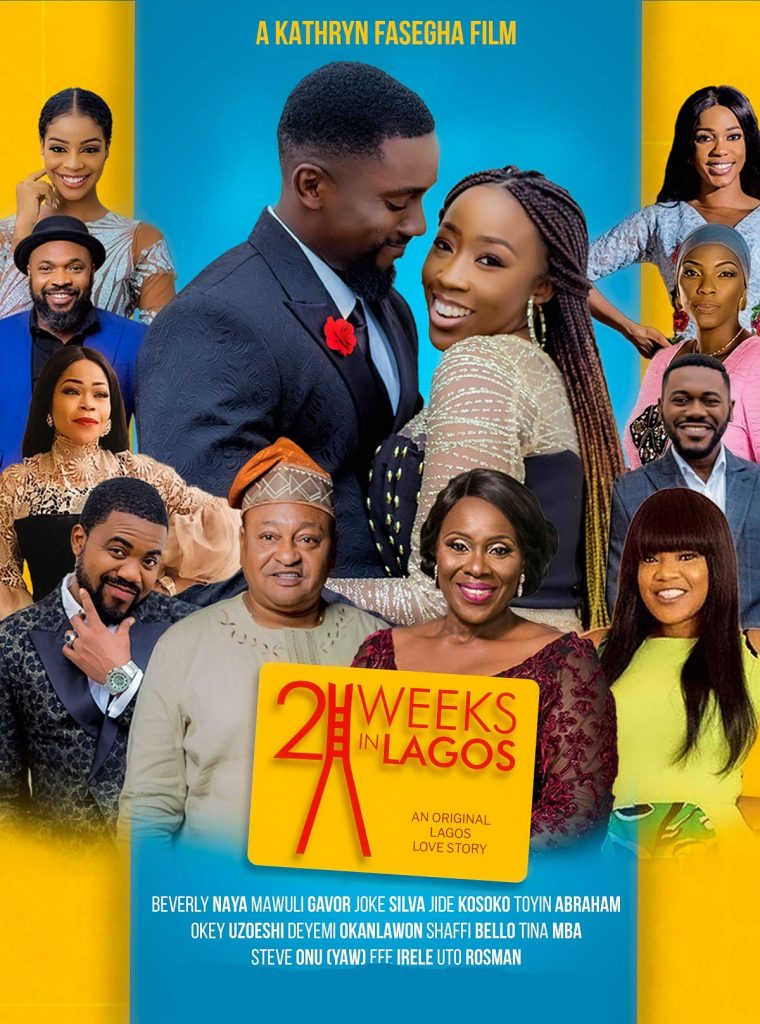 The film follows the love story of Ejikeme (Gavor) and Lola (Naya), who meet in Lagos when Ejikeme returns home from the United States with Lola’s brother Charlie (Uzoechi). The sparks begin to fly almost immediately, but while they get to know each other, Ejikeme’s parents (Silva and Nnamani) arrange his marriage to Wande (Rosman), the daughter of a wealthy politician, to secure their future political ambitions.

It is easy to start rooting for this movie from the very beginning. An enthralling voiceover, which we hear only at the beginning and the end, warns us that “This is Lagos, where dreams are born every few seconds, and where dreams are crushed every few seconds”. The Lekki-Ikoyi bridge has become an integral feature of today’s Nollywood, and it has been deployed by film cinematographers ad nauseam, but in this movie, it manages to blend in nicely with the voiceover. The first few scenes make for a plot that holds promise, but things begin to go downhill from the 30-minute mark.

The movie’s first drawback is its failure to tie the city to the story in a manner that would make it more compelling. 2 Weeks in Lagos is a story that can happen anywhere; there’s nothing uniquely “Lagos-esque” about the events that play out. In the first act, there is an attempt to make a commentary on the state of Lagos, but it all goes away in a blur before long. As far as the transition of events goes, there is simply not enough of Lagos to have audiences care much about the city or even the characters interacting in it. Maybe if Lola and Ejikeme jointly experienced one or two things that make Lagos, well, Lagos, this plot point might have been saved, but they barely experience the city to the point of drawing out a coherent narrative. The film almost forgets whose story it is telling.

Falling in love within two weeks is always going to be tricky – unless you are a housemate in Big Brother Naija. People react better to movie couples who have had enough time to grow together. In movies with less dialogue and more action, whirlwind romance movies are difficult to pull off, but remarkable when properly done, because showing is tougher than telling. As far as the relationship between Lola and Ejikeme is concerned, 2 Weeks in Lagos prefers to tell. In the scenes where Ejikeme and Lola talk about their feelings for each other, it’s more dialogue and less expression: because we hardly ever see it first-hand, we are left to wonder what those “feelings” actually are. Are audiences expected to maintain interest in the characters just because they believe that their relationship is the will of God? 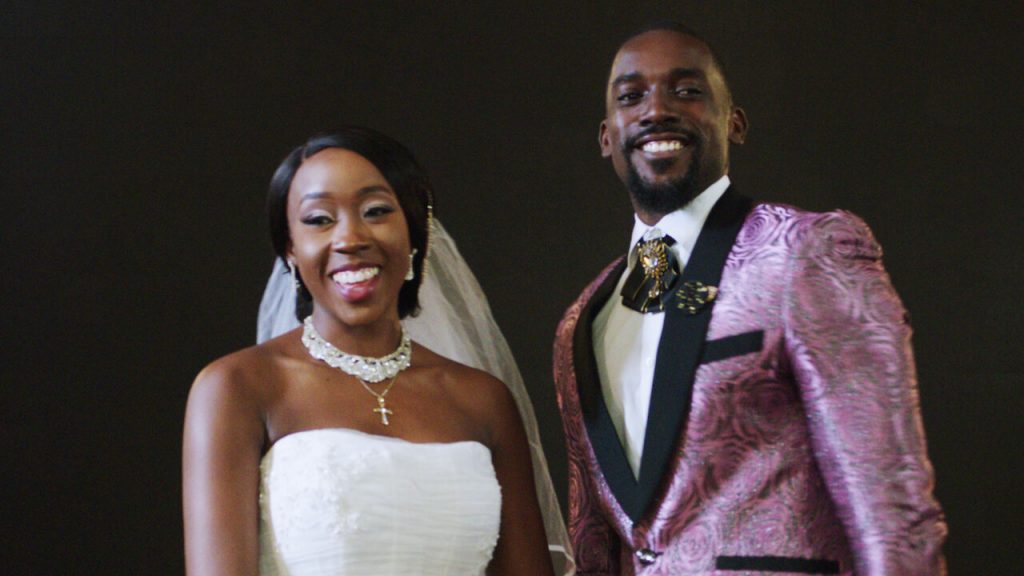 Expecting viewers to take everything at face value is just lazy writing. The sequences are destructively unrealistic; the party and fashion show scenes do not reflect the calibre of the people who host them. A stranger walks all the way to the poolside in the house of a Vice-presidential aspirant in broad daylight, even in the presence of armed security. A middle-class woman “carries” a young girl from her abusive father who thinks his daughter is the cause of all his problems, the father willingly gives up his child to this strange woman, and the woman feels the need to give another name to a child who is obviously old enough to choose her own name. Worse still, the resolution of this impasse is also only spoken of and not shown; we are presented with a make-believe happily-ever-after trope: even if the plot posits that the parties resorted to “the Christian way of doing things”, the least that the screenplay and actors could do is to interpret the flow of events in a more plausible manner.

This film is a perfect example of how skilled marksmen can’t work with rusty rifles. Even the best actors sometimes get caught up in a movie that is so bad that even their performances can’t redeem it, but what separates the good from average is the ability to maximise the tiny pockets of opportunity to shine. Bello and Silva are always a joy to watch, and, jointly, they give the most eye-catching performance in the entire film. In fact, Silva’s introspective speech about how politics changes people is a powerful moment in the movie, and her delivery manages to pack a punch. The screenplay gives Naya very little to work with, but she puts in a decent shift. Mba ticks all the right boxes, and Okanlawon looks pretty comfortable in his role. Yaw’s character is not particularly integral to the plot, but he provides moments of comic relief in a movie that is bereft of any genuine comedy. 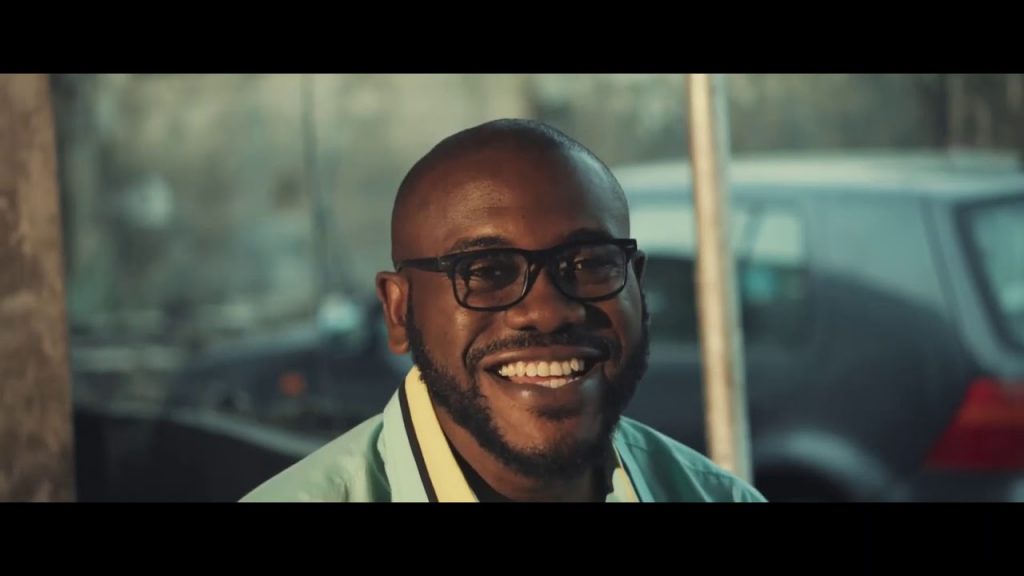 That is not to say, however, that the acting overall is entirely above par. Gavor’s acting is flat even in moments where he is supposed to express intense emotion, it is easy to forget that Nnamani has a role to play, and though you are reminded of her skill when she and Mba face off in a highly charged scene, Abraham struggles with her character for most of the movie.

The movie undoubtedly falls in the sub-genre of spiritual romance. Consequently, the infusion of spirituality is not necessarily a disadvantage. If anything, it is a welcome portrayal of more than a few Nigerian couples, whose relationships are founded on faith-based ideals— a grossly underrepresented group in many movie industries. It is particularly interesting to see how the film infuses religion without making it overbearing. Where it fails is its use of Christianity to justify its lack of realism.

2 Weeks in Lagos delivers a lot less than it promises and makes no effort to be convincing. It starts on a high note, and there are a few strong performances, but in the end, you come out of it unsure about how to feel. It goes out with a whimper, and it is as forgettable as Dbanj’s cameo in Kanye West’s “Mercy”.