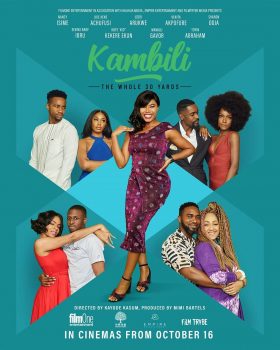 Many people have a love-hate relationship with romance movies, no thanks to sappy moments, cringeworthy scenes, idealistic portrayals, and predictable storylines. But in the case of romantic comedies, there is a light-heartedness and optimism that is inherently addictive. 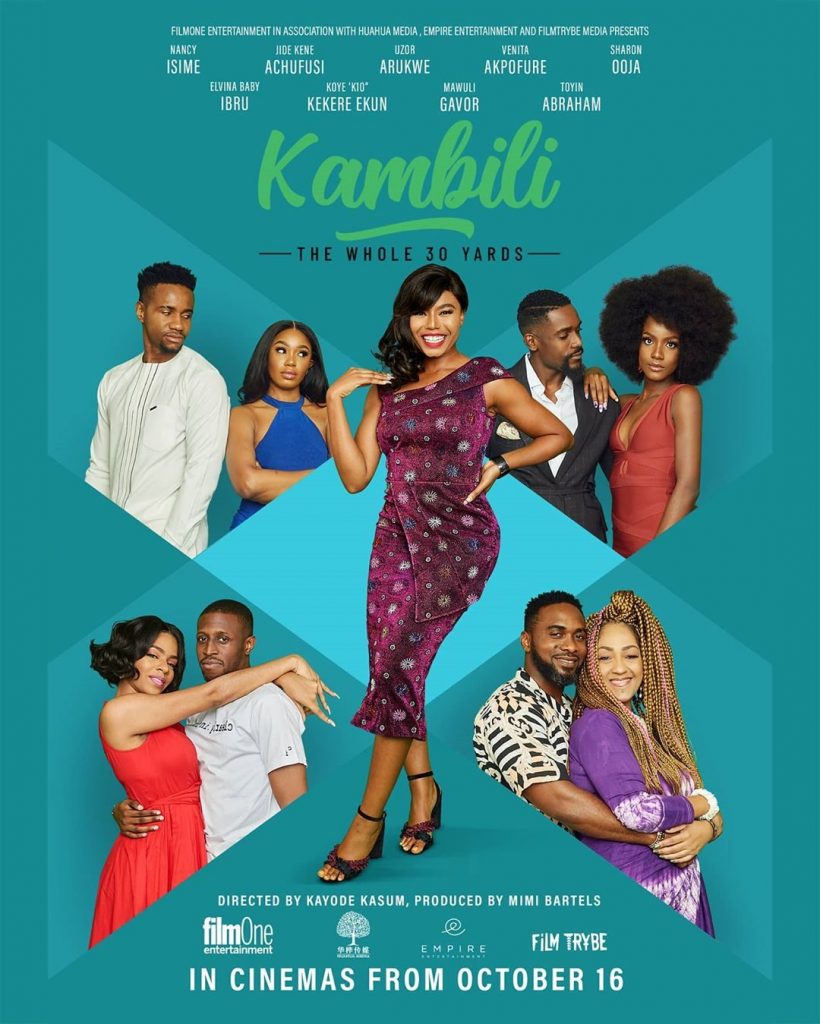 Isime stars as the titular character, Kambili Maduka; an untidy, carefree woman who is also an impulsive buyer living above her means. With her 29th birthday just around the corner, Kambili hopes to become her own boss and be married before 30. Instead, she gets suspended from her job by her boss, Jessica (Abraham), just before her boyfriend, John (Gavor), tells her she is not “wife material” and breaks up with her. Determined to win him back, Kambili sets out to prove that she can be responsible, focused, prudent and driven. Her best friend Chidi (Achufusi) gives her a list of life changes she needs to make, and though Chidi and their other friends (Akpofure and Kekere-Ekun) don’t care much for John, they rally around her as she rediscovers herself and starts up her own business venture, an art gallery.

If there is one thing Nollywood cinema excels at, it is rolling out glossy romantic comedies. In as much as they fall into the trap of rehashing many cliche rom-com tropes, they are usually upbeat, they are not overly sappy, and they are not called “comedy” just for the sake of it. Whether they are memorable or not, however, is another story entirely.

This movie is no different.

Kambili is eye candy. It is the movie you want to watch just because you like how it looks and sounds. The opening scene plays out in a messy room that is still visually pleasing. The soundtrack is almost perfect, falling short only because it is predominantly foreign. It could have been just as good with a well-curated playlist featuring local artistes, like what Jade Osiberu pulled off with her 2017 rom-com offering, Isoken. In addition, the dialogue is enjoyable although sometimes unrealistic, especially in the case of conversations between Kambili and her mother (Ibru). 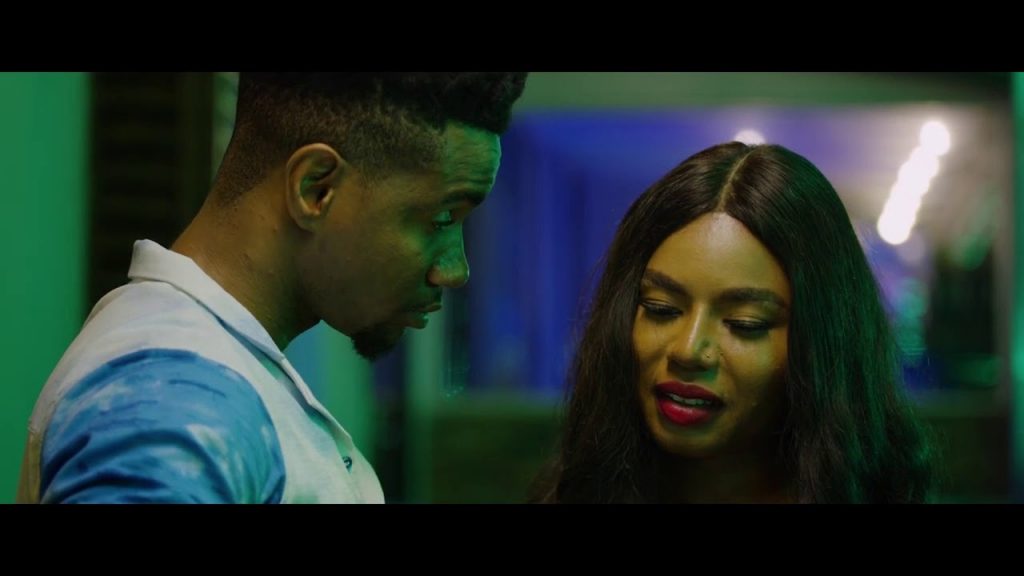 From Isime as the lead to Ooja working with limited screen time, the actors do their best with the script they were handed. Isime delivers a good portrayal of Kambili, Achufusi’s talent cannot be denied, and Akpofure convinces whoever cares to observe that she deserves more movie roles. Occasionally, however, the acting is overdone. The only actor who does not quite achieve adequacy, at least, is Arukwe who plays the part of Kambili’s future step-father, a man who owns two companies and is a board member of another. While it is understandable to be cautious in approaching a grown-up step-daughter who is yet to accept him, Arukwe presents the serial businessman as more timid than cautious.

The movie shines brightest in its use of language. With a perfect blend of tiny bits of Igbo and Yoruba here and there, pidgin English, slang, and the flawless switches between regular “Nigerian accent” and trying to sound posh, the conversations sound fairly genuine in a Nigerian context.

The major problem with Kambili is that half the time, it seems to forget it is a rom-com. The movie is about a minute short of two hours, but by the time you are done watching, you are not quite sure what all that time was spent on. Granted, the movie is also about Kambili’s self-discovery, but even that is not adequately executed. Not only is the movie longer than it needs to be, but the time and effort dedicated to brewing the romance between Kambili and her eventual love interest are also grossly inadequate. There is never a moment of deep chemistry, neither is there a moment where Kambili actually realises her feelings. So when he finally confesses his feelings to Kambili, her acceptance of him feels as if she’s merely settling. In pushing the bulk of its romance agenda to its last few minutes, the movie, against its intentions, portrays Kambili as going for the next best thing after her initial plan failed. 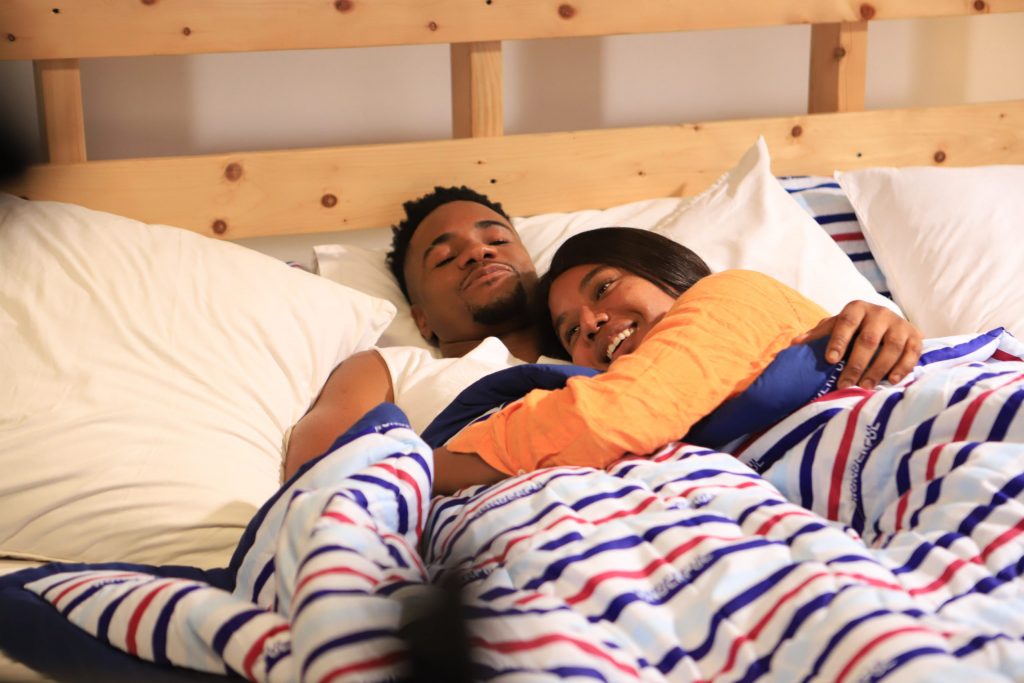 Romance movies have a reputation for containing cringeworthy scenes. Some get away with it, but others are not so lucky. Kambili falls in the latter category. Surprisingly, however, its most awkward moments are not romance scenes. The most frustrating of these is the post-suspension discussion between Kambili and her boss where she is being quizzed about sneaking out of work to attend to her art gallery. That scene had the potential to evoke emotion, but what we get is an eye-roll-inducing “girl power” moment.

If you ever feared that this movie’s use of the name “Kambili” would somehow compete with Chimamanda Ngozi Adichie’s Purple Hibiscus as a pop culture reference, you can rest easy. You might even forget you ever watched it. But it is an enjoyable watch while it lasts.

Vivian Nneka Nwajiaku is a lawyer, editor and Nollywood enthusiast who lives in Lagos, Nigeria.