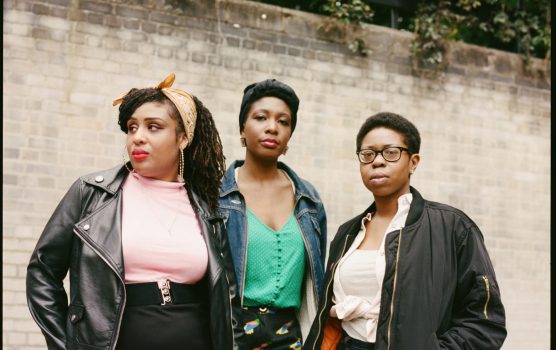 When it comes to human rights movements, it is important to seek relevant knowledge in respect of whatever movement is being engaged. Books are important in educating individuals interested in learning more about the cause they are fighting for, and ultimately, applying what they would learn to good use in working to create change.

Books written by feminists help to provide an introduction to the basics of feminism, and help with a deeper understanding of the cause. Some books also help to offer historical perspective. Feminist writers have always used books to challenge the patriarchy.

Black feminism in theory and practice operates with an intersectional lens of race, class and gender when addressing patriarchal oppression. There is a need for black feminist discourse to become more mainstream; providing more publicity for books written by black writers, especially books that advocate for black women and nonbinary people to enjoy the benefits of gender equality, is very important.

Here is a list of thought-provoking, radical and elegant feminist books written by amazing black writers to help guide you in your quest to learn more about Feminism and the need to advocate for gender equality. Hood Feminism is a book that addresses the need for black women’s rights to be prioritized in mainstream discourse. Mikki Kendall  highlights how, over the years, the feminist movement has overtly centered white women who are usually only interested in being equal with white men, and how the topic of race and class liberation is often overlooked. This book also amplifies the voices of poor black women who have been silenced, ignored and forgotten in conversations pertaining to human rights. Charlene’s publishing debut discusses the importance of intersectionality and radical inclusivity in all social justice movements. As an activist and leader, she centers poor black queer women who are oppressed on the basis of their race,  gender and identity. This book is a guide to stirring the collective consciousness of marginalized groups. In 1981, Angela Davis, American academic, activist and author, published a collection of essays that analyzes race, gender and class from a marxist feminist view. The book also explores the themes of abolition, slave trade history and women’s liberation movements.  Davis also dedicates a few pages to criticizing capitalism and the domination of women liberation movements by white middle-class women, leading to the exclusion of black women, other women of color and women of lower social classes. Second Class Citizen, a book written by the late Nigerian novelist, Buchi Emecheta, tells the story of a Nigerian woman who defies traditional sexism and setbacks to gain independence for herself and her children. Buchi Emecheta dwelt on the theme of feminism for a huge chunk of her bibliography. Sefi Atta’s coming-of-age novel is about a girl growing up in postcolonial Nigeria. Events begin to unfold after the Nigerian civil war. The book interrogates the themes of gender inequality, class, sexual violence, political unrest, tradition, and religion. The main character, Enitan, is a young girl who grows to resist the kind of traditional dogma that restricts independence and autonomy for women in the country. Bad Feminist is a collection of essays written by novelist, critic and professor Roxane Gay. It touches on cultural themes, as well as personal topics like the writer’s identity. The book features sections on race, culture and entertainment, politics, gender, and sexuality. Themes like oppression, resistance, and revolution are explored in this autobiography. Assata also details her involvement in the Black Panther Party as a black woman. This book is a powerful recount of her experience as activist and revolutionary.

So, there you go, just the right set of books to get you started on your journey to embracing the full context of what black women have to grapple with in today’s world. These works are nuanced, they are fiery, and they are indicators of the fact that contrary to what some enablers of patriarchy say about feminists being unwilling to “engage in civil discourse”, black women have actually tried to educate the world on gender equality for decades. Here’s to a memorable ideological baptism.