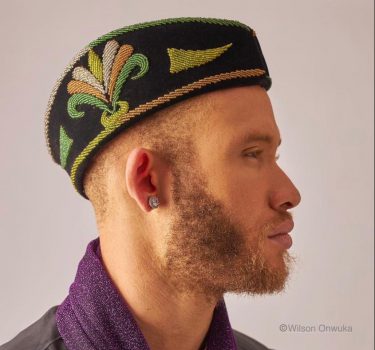 How Africa is Turning Against People with Albinism

In 2018, 22-year-old MacDonald Masambuka was brutally murdered alongside ten others in Malawi by his brother, a catholic priest, and ten other people because of his skin pigment…

Last week, the Big Brother Titan show, a mix of Nigerian and South African housemates, started airing in South Africa. The introduction of the housemates comes with the usual fanfare, with comments from viewers on various social media platforms. Almost every housemate was popularly received, but the introduction of the 28-year-old housemate whose name was known later to be Ebubu seemed to elicit the most responses, negative and positive ones alike. What is it about Ebubu that makes tongues wag? The short answer: Ebubu is a person with albinism, the very first to ever grace the Big Brother show.

A lot of netizens found it awful hard to accept that a person with albinism like Ebubu could get a place in the Big Brother Titan house. It was evident in some of the social media posts and comments. It was also glaring that they came from a place of ignorance, superstition, and sheer contempt for albinism.

#BBTitians
This albino Ebubu feels himself so much tho. One would think he is tall dark and handsome with the way he looks at himself in the mirror all the time

The few in support of Ebubu think it is a great way of representing every member of the albinism society who has been the object of fierce persecution from all angles. Now, this is where my question begins. What is it about albinism that makes people make jest of people living with it? What is it about a skin with no melanin that instigates so much hate and revulsion?

The persecution of people living with albinism  doesn’t end with superstitious people who think they’re magical beings, and who hunt them for their parts. In Tanzania where a high number of albinos are recorded, only 10% of them are able to access secondary education. This is already a huge disadvantage to the average child living with albinism in Tanzania. Some of them are persecuted and hunted by family and religious members who are supposed to provide safe spaces for them. In 2018, 22-year-old MacDonald Masambuka was brutally murdered alongside ten others in Malawi by his brother, a catholic priest, and ten other people because of his skin pigment. The circumstances surrounding the news of the further were devastating. Masambuka’s own brother orchestrated his death. It was one terrible news that made the headlines in Malawi. Eventually, justice took its course, but after four years. There are many unreported cases of violence against people with albinism. Sadly, some reported ones do not even see the light of the day.

Miss Lucy Iziegbe, the Miss Philanthropy Nigeria of 2022, once recounted in an interview the struggles that came with being a person living with albinism. “A lot of children with albinism were being bullied in schools, while those who could not handle the bullying opt out of school. A place where they ought to acquire knowledge has now become a red zone for them and so a lot of them are uneducated,” Iziegbe said.

This is one of the many struggles that children with albinism have to face. First, they are mocked for their skin colour. Then they are subjected to poor treatments in schools.

In 2016, the world’s first albinism beauty pageant was held in Nairobi. The pageant was done to encourage people living with albinism and to foster inclusivity. The pageantry had a lot of wholesome activities like singing, dancing, and modelling. Amidst these activities, the participants also got to share their struggles as PWA. One of the notable stories was that of the then 20-year-old Simon Gachuna who grew up with low self esteem because of his skin colour. He grew up osctracised from society just because of his albinism. “It has not been an easy journey to acceptance. I had to understand that I could not die and be reborn as a black man. I needed to realize that I am a black man because I was born by a black woman,” revealed Gachuna.

There are many more stories like Masambuka’s where people with albinism are abducted and eventually murdered for no just cause. People with albinism are forced to hide lest they “dazzle” too much, attract attention, and end up dead. When one reads these stories, one would then see that the deep-seated hatred and persecution of the albinos in Africa isn’t a thing to joke with.

In December 2014, The United Human Rights Council and the African Commission on Human and People’s Rights adopted June 13 as International Albinism Awareness Day. This agreement took effect from 2015, and since then, every June 13 has become a day to celebrate people living with albinism, support them and remind them they are humans like everyone else and that they matter and they do not have to hide in the shadows in fear.

More organisations are joining the fight against persecution of people living with albinism. The Liliane Foundation is one of them. The foundation, in conjunction with Human Rights Watch, designed the Inclusion for Children with Albinism project which is aimed at research, awareness raising, and the overall improvement of children living with Albinism in Tanzania.

Advantage Africa has started a project for persons living albinism in Eastern Uganda. The project is aimed at bettering the lives and standard of living of a thousand people living with albinism in the region. They are executing this by ensuring that every person living with albinism feels seen, heard, and loved. They are also providing access to quality dermatology, health care and other necessities.

Advantage Africa has also been able to introduce advanced medical techniques like Cryosurgery which involves the use of liquid nitrogen in the removal of precancerous lesions from the skin of people with albinism who are more prone to skin cancer and other diseases due to the absence of melanin in their skin.

With this new move for inclusion of people with albinism into the African entertainment industry, and the take down of the stigma that comes with the skin condition, there is hope for many like Ebubu across the continent. Many will agree that Ebubu’s inclusion in the Big Brother Titan house is a profound act of representation for others whose skin lacks melanin like him.

NB: Albinism usually comes in two major forms: ocular albinism, and oculocutaneous albinism. The former is a rarer type of it, and it affects only the eyes. The latter, which is the type Ebubu has, is more common. It affects the skin, hair, and eyes.

Ijeoma Anastasia Ntada writes and reads poetry, fiction and nonfiction. She has a couple of poems published in the Love Anthology, The Ducor Review, Visual Verse, Praxis Review and other places. Ijeoma is also a photography enthusiast. She takes beautiful photographs and makes them art. When Ijeoma isn’t studying to become a Laboratory Scientist, you’ll find her talking about Afro Hair, femininity, and embracing all of her girlhood.