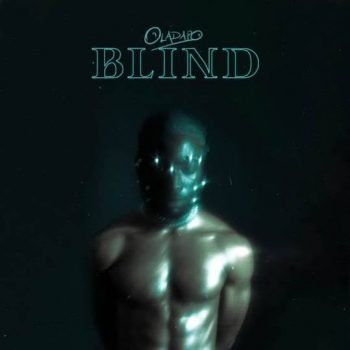 …with a running time of 14 minutes, the replay value of Blind exponentially increases.

The past year has seen the slow but sure usurping of the Nigerian music scene by Generation Z artistes. With this new wave, the quality and theme of Nigerian music churned out is experiencing massive growth. The industry has witnessed Rema in his glory, Buju with the insane features, Ruger with his threat to “bounce” you, Ayra Starr’s debut 19 and Dangerous, and others. Tonade Oladapo Adetunji known as Oladapo has joined this ever-growing band of talented youngsters with his debut project, Blind.

After being shortlisted for Mr Eazi’s emPawa Africa talent incubation initiative to nurture and support up-and-coming music artistes in Africa, Oladapo released his first single, Gbe Bodi, after posting freestyles on his Instagram page. In 2020, he was included in the list of Complex’s Artistes To Watch, alongside Joeboy, Fireboy DML, Lady Donli, and others.

Oladapo mentioned in an interview that his sound is heavily influenced by ace musician, Lagbaja who is viewed by many as a modern-day griot. Oladapo explores Afro-fusion and Afropop. In, Blind, he operates along the themes of praise, adulation, love, and distrust.

Produced by wunderkind producer and fellow Gen-Z, P-Priime, Alone is the lead single off the project, and in the track, Oladapo croons about love and lust. In the usual fashion of male artistes, the song’s persona offers material possessions in exchange for his love interest’s affection. He asks, showing his genuineness and passion, “what do you want? ki lo fe ra, baby.” We are not sure that she is convinced, though, since sometimes, desperation can be disguised as passion.

Spiced with standard English, Nigerian pidgin, and Yoruba, Priceless is another top single. Oladapo plays with fast-paced sounds, and this makes for good music. Faced squarely with some of the troubles couples often experience in the form of accusations of dishonesty due to rumours from friends, doubts of affection for each other, which usually cause damage, Oladapo’s persona tries to convince his love interest that his feelings for her are priceless. He grows tired of the long phone conversations, and says that if she insists on leaving, he would play along with the rumours she thinks exist and move on to another called Kike.

In Fine, the tempo slows down, and the singer takes on an RnB tune while maintaining the bass. With limited songwriting, his persona croons of his adoration for a “fine” woman. With lines like, “I’m feeling like I need this healing, spiritual healing/But if I was picking, I’d be picking you/You wan kill me, baby,” he does a good job of it, too.

With a style similar to Joeboy’s Beginning, in Play, the singer’s persona convinces, or tries to convince, his love interest of his feelings for her, and he asks her to reciprocate it, too. We could say this style has been used by different artistes one too many times, but Oladapo adds his own twist. The trumpets are a melodic plus.

He closes with Isakaba, where he employs the use of Yoruba adages like, “Afefe ti fe, a ti ri furo adiye,” which implies the eventual divulging of a well-kept secret. It is apparent that the chaser knows his love interest has been cheating, but he wants to give her the benefit of the doubt. It also appears that they do not come to a resolution, and he has to let her go.

It seems as though making short projects is the key to succeeding across multiple streaming platforms, because with a running time of 14 minutes, the replay value of Blind exponentially increases. Although there is limited songwriting, Oladapo uses good storytelling and fine hooks. This makes it an enjoyable project in all.

According to Oladapo, he strives to be emotionally intimate to be able to create relatable and unforgettable music. Oladapo also mentioned in an interview that Blind is a tribute to his former self, and it is evident in his music that he had evolved before his release of this debut project.

With Blind, it is clear that Oladapo has cemented his spot in the list of beautiful projects released throughout 2021. With Blind, he flaunts the Generation-Z shine.