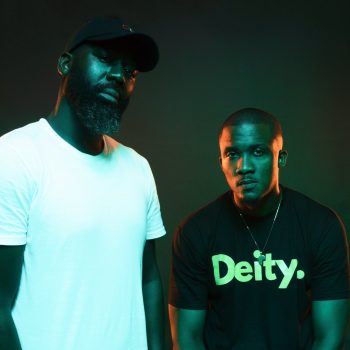 Nigerian rap duo, Show Dem Camp,  are geared up for the release of another project, while the fans await an addition to their Clone Wars Series.

Tec, one half of the group, once replied to a Twitter follower on the probability of having two projects in the space of one year, Clone Wars V and another Palm Wine Music instalment.

While Palm Wine Music might have certified them as lady-killers, party-starters and pop culture curators, they first earned their stripes with their Clone War Mixtapes. The first was released in 2010, the second in 2012, the third in 2016 and their last, the political titular-driven These Buhari Times, was released in January 2019.

Show Dem Camp have been consistent in their churning out of mixtapes. With their discography, they have touched on topics like toxic masculinity, the poverty ravaging the country, and other issues. These records are resplendent with hard punchlines, metaphors, and top-notch collaborators.

The first Clone Wars mixtape was an introduction to SDC’s craft. The lyrics ran on braggadocio, and the tracks were laden with ambition, the hunger in their vocals as palpable as rainfall to the skin. They ruminated on the murky nature of the hip-hop industry, but reiterated their resolve to break the glass ceiling. “Victorian Island of Broken Dreams” was a reflection of the ugly state of the country, and the track remains a reference point whenever the duo’s artistic prowess pops up in conversation.

The first month of 2012 witnessed a one-week protest in Nigeria, this was necessitated by the Goodluck Jonathan-led government’s removal of subsidy. These events inspired the artistic direction of Clone Wars 2, released later that year. It shared thematic similarities with its predecessor, however for the first time, there were ditties dedicated to love in response to the demands of fans. Thankfully, they managed to sustain the narrative of social consciousness in their material. The gatekeepers of the music industry have always been the decider of who breaks out or not in the music industry, and on Clone Wars 2,  Show Dem Camp expressed their frustration with industry politics, resigning to the reality that they had to carve their own path.

A year after President Muhammadu Buhari assumed office, the country slipped into economic recession, and this influenced the title for the third instalment of the Clone Wars series. The record wasn’t totally made of hard-hitting rap songs, however, as there was room for the ballads “How Far” and “BMW” (featuring Funbi) were ballads. The track “Tales of a Side Nicca” dwelt on the adventure that comes with romantic infidelity, and in the face of the unpleasant situation in the country, the mixtape closed out with the soulful “Live, Love and Laugh”, assisted by Sir Dauda.

On the first day of 2019, Show Dem Camp churned out the perfect new year gift to the fans, it was the year of Clone Wars IV: These Buhari Times, a record which turned out to be a potpourri of various themes, including mental health, fraud, and toxic masculinity.

These Buhari Times involved collaborations with hip-hop heavyweights like MI Abaga, Vector, Boogey, as well as vocal contributions from crooners Cina Soul and Tems. On “Hunger Cries”, Ghost accurately captured Nigeria’s situation with the lyrics “for you to see through this mirage/Boko haram still bombing niggas/SARS is out here robbing niggas/ribs are touching, palms are itching/most ain’t got a pot to piss in/most alarming is the lack of empathy from the presidency…” With the threat recently issued by the president on Twitter aimed at a certain ethnic group in the country, those lines still bite as hard as ever.

As the year inches closer to its midway point, it’s pertinent to recall the last public statement from Show Dem Camp, which hinted at the mixing of a new project. While it is unclear whether they would release another Clone Wars or Palm Wine Music instalment, fans can be reassured that they wouldn’t have to wait too long to hear music from two of Nigeria’s finest lyricists. The industry waits, with bated breath.