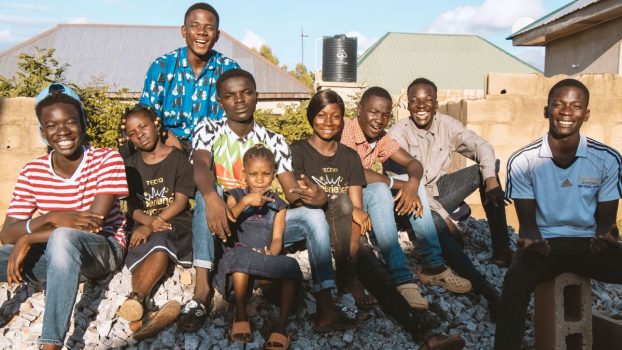 Nollywood And The Need To Pay More Attention To Short Films

Less is more. Yes, we hear that very often, but it has to be agreed that the ability to create the desired effect with fewer tools is an art form in itself. You don’t dare to prepare good soup with scanty ingredients unless you are confident of your culinary prowess.

In an age where the margin between a box office hit and a cinematic flop is very slim, the business of film-making is a pretty huge gamble. Cinema-goers get to do their own chin-scratching too, as it is a risk of sorts to purchase tickets to go see a movie that could either elicit satisfactory smiles or groans that border on demands for a refund. It’s tricky for both creator and audience; add the small matter of the short attention span of millennials to the situation.

Enter the short film. Beyond the advantage of a much cheaper budget, there is a lower tendency to have viewers tune out midway through, and ultimately the message is passed in (usually less than) half the time and with half the effort that would usually be expended on its feature-length counterparts. A balance has to be struck though: sometimes ‘short’ can become too short, and it is important to keep in mind that there is so little time to say something that should be significantly coherent.

Away from time dynamics, makers of short films tend to explore uncharted areas in their storytelling, and key players in mainstream Nollywood could tap into the relative novelty of these stories to improve the quality of the movies that make it to the cinema — some of which actually deserve to go straight to video, to be perfectly honest. In a time where recycling of screenplays is commonplace, miscasting is rife and many actors look out of their depth, short films could be an avenue to harvest new talent, both in front of and behind the camera. There are those who would argue that these mavericks do what they do just to break into the gates of the larger film industry, but that in itself is valid, too. There’s no crime in taking on a passion project, while hoping for “accidental” recognition: Vin Diesel got noticed by Steven Spielberg after creating and starring in the 1995 short film Multi-Facial, and the rest is box office history.

One major challenge faced by makers of short films is the difficulty in attracting larger audiences. Outside the circles of movie geeks and Nollywood enthusiasts, it’s hard to get people to see these short films. One factor could be the “heavy” themes usually explored in these clips, and the struggle to sell to an audience who are used to romcoms and routine slapstick comedy. Aligning with this line of thought, however, would amount to undermining the intellectual capacity of Nigerian movie-goers, because people will see high-end drama if their interest is piqued enough, and in any case, good art will always find a home.

There is also the need for more platforms to promote these short films. There are events like the iRep International Documentary Film Festival, Eko International Film Festival and In Short Film Festival, but these are not enough. There is a need to create more buzz, kick-start more conversations and make more concrete attempts to draw people in. IndieView Lagos is an outdoor film curating event where short films are screened every quarter, and while the initiative is commendable, it could use a lot more publicity. Simply put, more noise needs to be made.

For what it’s worth, makers of short films deserve full credit for tackling issues that are poignant and relevant, but which may be too tricky for mainstream movie producers to navigate. Nadine Ibrahim’s “Marked” dwells on the traditional scarification practices in various states across Nigeria, Nkiru Njoku’s “Oriki” is an eighteen-minute film on sex trafficking amidst complicity of relatives, and Ifeoma Nkiruka Chukwuogo’s “Bariga Sugar” is an emotional 22-minute clip which dwells on a friendship that blossoms in the ugliest of circumstances. There is also room for the speculative too, as evidenced by the teenagers in Kaduna who produced films with their smartphones and tripods.

Ultimately, the daring nature of these lesser-known filmmakers is something that mainstream Nollywood can take a cue from. The unique elements of the stories told in short films can be incorporated into feature-length movies, there could be collaborations, and there is also room for investment as well as promotion. There is a need for the independent film circuit to grow, as that would make for a more diverse movie industry in these parts.