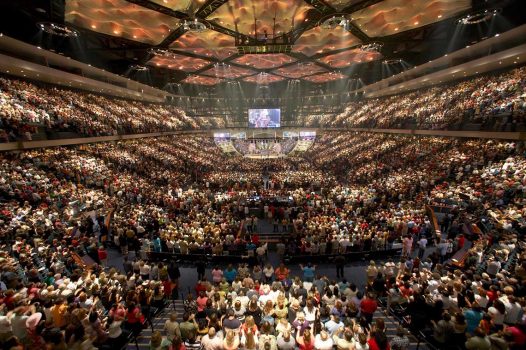 Pilfering Money In God’s Name: How Nigerian Pastors Are Making The Gospel Look Like A Ponzi Scheme

“It is written, ‘my house shall be called a house of prayer’, but ye have made it a den of thieves.”

Matthew’s gospel in the Bible’s New Testament tells the story of Jesus’ visit to the temple. It was the culmination of his triumphal entry into Jerusalem, so it was expected that the Holy one would be riding on the euphoria of that moment and perhaps be benevolent towards the worshippers. But as the story goes, Jesus was actually furious at the scene he saw. He was so displeased that he fashioned out a whip to drive the people away. What was so grating that Jesus almost resorted to physical violence? He saw merchants buying and selling at the temple gates, turning the temple, into a “den of thieves”.

What if Jesus were to visit some of our churches today? Would he not be sorely grieved by practices that are nothing short of full-blown commercial transactions? It appears that the church today is full of merchants carrying out serious trade in the “name of the Lord”, but what is worse is that these merchants have cast off all shame and moved from the outskirts of the sanctuary into the very holy of holies. We have clergymen who seem to have turned their pulpits to auction stands, selling everything from academic success to divine marriages and even international visas. “The higher you can pay, the faster the anointing flows towards your direction.”

The tactics are nothing short of a well-drawn-out business strategy. So, we see ultra-modern church buildings, music ministers who deliver soul-lifting songs, suave church workers and charismatic pastors who trick, entreat, cajole and sometimes even threaten members to part with their money.

Just recently, a video went viral on social media. In what appeared to be a church service going on, a preacher is seen telling his audience:

Even though it might require listening to the entire sermon to get the full context of the preacher’s message, that clip and the rhetoric it presents are problematic and disturbing in more ways .

The bible is replete with instances that portray Jesus’ position regarding wealth. He referred to money as mammon, explaining how impossible it was to show devotion to wealth and God at the same time. The story of the widow’s mite, where Jesus rates the woman who gave up her last coins over the rich people who gave more, is instructive in this context. Saying that “the easier you make the assignment (by giving money), the faster they (the angels) work for you” is similar to the attitude of the Pharisees regarding donations, a posture that Jesus roundly condemned. There is really no way to argue in favour of the pastor from that video without implicitly endorsing the merchandisation of the gospel. The use of “bribe” and “angels” in the same sentence is as unsettling as it gets. What other phrases would we have to put up with in the near future? “Sanctified stealing”? “Holy Ghost-sanctioned corruption”?

Assuming (but not conceding) that Jesus’ standards are too high, then consider the attitude of Apostle Peter to Simon the sorcerer, as recorded in Chapter 8 of the book Acts of the Apostles. Simon, who had recently been converted, had seen the miracles that Peter performed in God’s name, and sought to purchase this gift for himself. The apostle rebuffed him, uttering the words “thy money perish with you” and chiding him for thinking “that the gift of God can be purchased with money”.

It’s wild to imagine that a man of God would push the theory that anything that comes from grace – which in itself is unmerited favor – can be repurchased with money. If it be a gift, why the need to bribe anyone for it? More importantly, why can’t charity, piousness, kindness, the “weightier matters of the law” not buy anyone those blessings? Why does it have to be money, if it does not show the state of the heart of the person requesting the same?

Yes, the fact that there are charlatans suggests that there are still authentic clerics who are towing the path Jesus laid down. Of course, churches need money to run (although the Jehovah’s Witnesses seem to have discovered a hack to this since they do not require offerings at their meetings). However, if we continuously create an environment where worshippers cannot question teachings or argue that their pastors are wrong, where no one can look at greed and call it out for what it is, then we would be unwittingly aiding these charlatans. It’s heartbreaking to see that the churches which ought to be beacons of righteousness and piety are joining the fray, throwing their hats into the ultra-capitalist idea that everything is for the taking at the appropriate price. The glorification of wealth by Nigerian society is already problematic enough: the wealthy get away with anything while the poor get the short end of the stick. Saying that it takes money to “provoke” the anointing of God, and that more money accelerates the journey to God’s blessings, means that blessings are up for grabs for the highest bidder. If the church discriminates so blatantly, how can we police the society? What is the value of the purchasing power for blessings? Can the poor afford it?

One thing is clear though: the message in that clip does not flow from the theology of Jesus. Such undisguised lusting after money is by no means spirit-inspired.