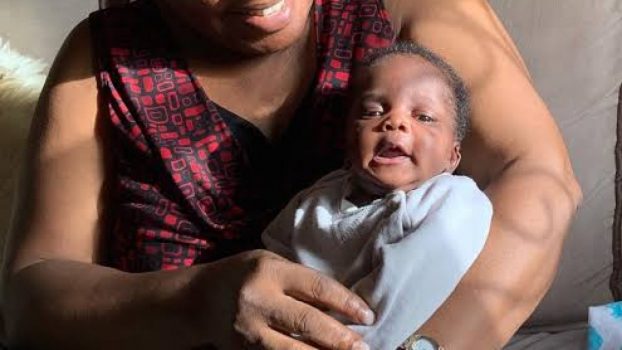 How The Igbos Get Around To Naming Their Children

If an Igbo person begins to collect the names of everyone in his paternal and maternal ancestry for the past 150 years, there are two things they are likely to find. The first is the deep meanings in most of the names, which are symbolic of the circumstances surrounding the birth of each person. The second is a shift in the philosophy behind the naming.

One of the most fascinating things about Igbo culture is that all Igbo names have meanings, and the people of this ethnic group are very intentional about how they give names. Even the colonialists were fascinated by these names and the meanings they had. When it comes to the naming of Igbo children, names are assigned to either express gratitude (to the divine), proclaim the greatness of the child, affirm the greatness of the family, express optimism about the future, or bemoan the misfortune that preceded the birth of that child while praying that another disaster does not happen. There is always a convincing back story for every name a child is given. My parents named me Chiedoziem and it means “God has repaired me”. It was their way of expressing the joy they felt in the midst of their brokenness when their first child came to them in the middle of a brutal military dictatorship. In the same vein, Ozoemena is a name given to children whose birth was preceded by a very sad event. It is difficult to find a literal translation for the name in English. One might say it means, “may another (misfortune) not happen” but I think the phrase, “never again” captures the meaning better. Another name given in such circumstances is Nkiruka, which means “what is in the future is greater”. It’s almost similar to Ozoemena, but it’s less rueful and sends out the child into the world with an air of optimism.

In the last century and a half, there has been a slow, but deliberate shift in the way Igbo people name their children. The most important factor that has influenced this shift is the change in religious orientation of the Igbo people. Names which begin and end with “Chi” or “Chukwu” are very popular among Igbo people these days: Chika (“God is great”), Chidịmma (“God is good”), Chinazaekpere (“God answers prayers”), Chidiebere (“God is merciful”), and Ọdịnakachukwu (“it is in God’s hands”) are some of the common modern names in the Igbo taxonomy. It is significantly different from the names that were more common in centuries past like Amaechina (“may the path not be shut”), Nneka (“mother is supreme”), Ejiọfọ (“custodian of authority”), Maduka (“man is great”), and Aṅụrị (“joy”). Why has the name of God become so important in the naming of Igbo children? The answer is that with the advent and expansion of Christianity across the region, there has been a change in orientation in how the Igbo people view God. The Igbo traditional religion, a polytheistic one, viewed God as a distant Supreme being who was too great to bother himself directly with the affairs of men, and so they worshipped and prayed to him through smaller deities and their ancestors. But the coming of Christianity introduced God to them in another light, as a compassionate being ready to embrace and communicate with them directly. This paradigm shift had a very profound impact on the thinking of the Igbo people, and this reflects in the naming of children today. In any case, the philosophy behind the naming of Igbo children has been largely retained, and the names still retain their depth.

Cultures grow by association with other cultures, and to retain its creative powers, a culture must be open to influence from other cultures. What is very important is that the Igbo people study their history and the changes that have happened along the line, and understand the changes for what they are. The Igbo people say that “a thing which a man does not understand is bigger than him”. Another proverb runs along the lines of “a man who does not know where the rain began to beat him will not know where he dried his body”. There is a great need to document and study anthropological changes, as this is a pointer to the malleability of the Igbo language. The creativity of thoughts, stories, and even religious philosophies exhibited by the Igbo naming system is a manifestation of the creative powers of the language.

A comprehensive study of the semiotics of the Igbo system, and drawing a historical timeline, would be extremely advantageous to the Igbo people. It would certainly be helpful in providing more education from a linguistic and cultural perspective, and ultimately, it would aid the appreciation of a language that has espoused some of the deepest human philosophies in its manner of giving names.