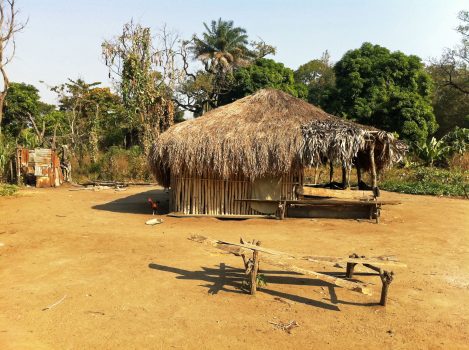 In ancient Igbo society, the method of storytelling and acquiring knowledge was via oral tradition. The method of writing stories down and passing them down from generation to generation in scrolls was not centralized and largely non-existent until the coming of colonialism and western education. Stories, songs, poems, proverbs, and the various tenets of societal customs and traditions were preserved by word of mouth.

There was, among others, one very prominent method in which this was done, and it was by gathering children at night under the moonlight to tell them stories. The very first storybooks I remember reading in primary school was called Tales By Moonlight. It was a collection of short stories,  which made a huge impression on me as a young child. The stories in the book, mostly fantastical and didactic in nature, were stories preserved by oral tradition, summarized in written words, and sold in books. But these stories have not been paid the kind of attention they deserve, and in writing them, the craft has not been taken seriously enough.

When the elders told the children stories under the moon in the late hours of the day, they also sang songs in parts, which involved the children responding to the antiphon of the song. These songs, though having something to do with the stories, also served to lighten the mood of the atmosphere and preserve the children’s attention. Oral tradition did not just involve gathering children and telling them stories; it also involved elders gathering to deliberate on pressing matters, drink palm wine and make merry. For children, this tradition provided some sort of recreation. Children met and made friends in their age grades, and occasionally, adolescents had their first exposure to romance. It was one of the most colourful aspects of village life.

With the advent of urbanization and colonialism, some aspects of culture were lost in transition. No thanks to the spread of western education, oral tradition is slowly becoming a relic of the historical formation of indigenous societies. It is no longer sufficient to pass down knowledge and tradition by word of mouth in the new world, and so people set out to preserve oral tradition by writing down those stories in books. It is from this desire to preserve history that books like Tales By Moonlight, Stories My Mother Told Me, and Mbediọgu And Other Stories, among others, emerged. It is also from this that folk music, as we came to know it in the mainstream from the first half of the 20th century, evolved.

Folk tales and folk music were an integral part of literary and musical culture throughout Southern Nigeria in the past century. But as the decades rolled by and new generations emerged, there has been a decline at the rate with which literature and music derived from oral tradition is being churned out. This is mostly as a result of the fact that the innovation and curiosity which led to the development of the oral tradition is no longer thriving. In this era, education is mainly facilitated by assimilation of the written word and practical experiments, as in the case of science.

Folk tradition has its appeal, and is an integral aspect of our indigenous imaginations. If properly developed, a very strong body of literature could be drawn from it. One problem we suffer in this part of the world is our lack of archive culture. Many of the world’s most treasured books, stories, music are an integral part of people’s culture. Very recently, I read about how it was discovered that Homer’s Iliad and Odyssey were cultural myths and poems compiled and made into books, and that Homer never actually existed in history. The Bible itself is a combination of tradition and theology, just like the Quran, the Upanishads and various “holy books” which drive religious messages through powerful stories.

There are also many other books of fantastical stories which embody Roman, Arabic, Spanish myths and legends, such as Arabian Nights. The reason these stories are more well-known than our indigenous folktales is that they have been documented and sold off as literal truths. There is a need for the preservation of our own oral tradition, and writers also need to integrate more of the magic of these stories into their craft to promote the indigenous imagination and, to put out something very unique into the world of mainstream art.

Folk music in these parts has also suffered. Perhaps, a form of genius and insight in the music industry might do the magic of resurrecting folk music. A lot of people are still in touch with the Ogene style of singing, and with the expansion of Afro-fusion as a music sub-genre, perhaps, something extraordinary can be created. But these ideas can hardly come to life when the younger generation is growing more and more out of touch with their customs and traditions. The dying state of oral tradition further strengthens the argument for the need for movements aimed at reinvigorating cultural awareness.

Michael Chiedoziem Chukwudera is a writer and freelance journalist. His works are published in Jalada Africa, Praxis Magazine, African Writer, The Lagos Review and Fortunate Traveller, among others.