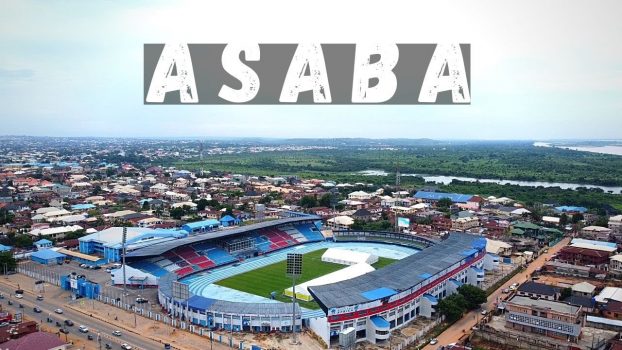 Asaba, The Nigerian City That Perfectly Illustrates The Importance Of Spending Power

It is said that there is a word for every city, a word that represents what goes on in the minds of its inhabitants. In Paris, it is love. In Los Angeles, it is fame (or the search thereof). In Lagos, it is hustle. In Owerri, that would be…merriment.

When I think of Asaba, I find that only a few words come to mind. It is tricky to find a word other than “life” that would accurately define all that plays out in the daytime. For the later post-dusk hours, however, “intrigue” would be an apt word to use in describing the texture of this small city.

In the daytime, residents of Asaba basically live and work in the most relaxed conditions. The city slowly begins to wake up by 6:00 am, and does not completely get to its feet until 7:00 am. From a corporate perspective, all the city has are a few branch offices of the country’s leading banks, a few hospitals, schools and civil service offices. The city only manages to assume a certain poshness because it is the political capital of an oil-rich state. There is almost nothing going on in the city in terms of higher learning, technology, or scientific research. This means that Asaba does not teem with ambition or the sophistication that flows from these institutions. Unlike Lagos, it is not in a hurry to everywhere and nowhere. Unlike Onitsha, it does not submerge its inhabitants in commercial chaos, and unlike Abeokuta, there are no heavy cultural bearings.

The city mirrors already-made accomplishments, and (at least on the surface) it does not look like there are many opportunities for newcomers who intend to build anything of real worth from the scratch. There is no supply of that adrenaline rush in mega-cities, which fuel inspiration in young people. Everything goes on very normally in the day: you find people all over the place, spending money you have no idea where it comes from. In the evening, cars surround the parking lots of the malls, bars, hotels, and restaurants. It is evident that the culture of revelry is more amplified in this city than it is in many other places.

Asaba smells of comfort. It stretches its hands and says, “come unto me, all you who are burdened by the chaos of the busier towns, and I will give you rest”. Indeed, every weekend, people come in from all over the neighbouring cities—Onitsha, Benin, Agbor and even Warri – to find rest and ease.

Asaba is the Nigerian city that perfectly illustrates the importance of spending power. The city grants you access to whatever level of profanity you aspire to if you can afford it. Every night, the parking spaces of the city’s shopping malls and hotels are replete with provocatively dressed women. It is as if the city calls out to you and says, “you don’t need to know a secret location or go searching for these things, they are at your beck and call”. The intrigue comes to look for you as long as you are not indoors. But of course, you are only getting it at the right price, because the bar has been raised by politicians with a lot of money to throw around. In recent years, yahoo boys have also caused that bar to shift upwards just a little bit. So, if you have money and you want a good time, it’s the right place to go. If you are a gypsy, looking to get lost in an adventure of intrigue in a small place, this is the place for you too.

One of the things the city is known for is its street lights. Long before street lights became a thing across Nigeria’s major cities, Asaba had them in abundance. I remember travelling with my father in the mid-2000s from our hometown in Imo State to Benin City where we lived at the time; I always knew we were driving past Asaba whenever we passed through a long express road with streetlights. One of these journeys was an evening journey, and when we crossed the city by past 7 pm, the sight was picturesque. The street lights and the ordained nightlife in Asaba come alive at the same time. The roads by this time become freer, and the city is beautified by the colorful neon lights of the petrol stations and supermarket signs. Everything begins, yet there is no hurry. From Cable Point all the way down to Okpanam Road, there is nowhere that really “explodes” in Asaba. Everything moves on steadily in the streets. The main entropy is felt in its hotels, pubs, and brothels. The city-dwellers are very civilized about their business.

But like many Nigerian cities, most of the people who live in Asaba are unable to access many of the comforts which abound in the city. You cannot live in this city without being aware that the government is failing in the way it has structured the pricing and provision of basic amenities, and so the city is classist in a way that often leaves a bad taste in the mouth. It strives towards lofty heights and only succeeds halfway. It strives to be a go-to city for entertainment, but it does not have sufficient infrastructure. It is the political capital of the state, but it bows to Warri in terms of political might. It has good government schools, but its libraries are bereft of books.

However, Asaba has a thriving movie scene. It is home to a “Nollywood village”, and the Asaba film industry rolls out indigenous movies which serve the tastes of a huge movie-loving Eastern Nigerian demographic. Actors like Ken Erics, Yul Edochie, Sylvester Madu, Regina Daniels, Zubby Michael and Angela Okorie, among others, owe their celebrity status to the Asaba movie space. Small as it is, the city holds potential, and has seen its profile rise in recent years. After ten years of residing here, I can authoritatively say that while the place possesses a friendly atmosphere, the people in it prefer to keep to themselves. They usually mind their individual, business, so if you need friends, you will need someone to plug you in, or alternatively, go out of your way to put your social skills to the test. Everyone in this city who you know probably knows someone else who also knows you, and after living here for a while, every new spot you discover at the far end of the city is just behind somewhere you used to know.

As a writer, I have felt great loneliness here. The paucity of bookstores robs you of potentially viable spots to “scout for” new friends, and in the libraries, most of the people you would find are post-pubescent teenagers studying to get into the university. However, I recently found a book club here; a real book club made up of young people with real-life exposure, who read short stories, poetry collections and novels, and meet twice a month to talk about what they have read. I have been very happy in that community which, surprisingly, has actually existed for three years now. It’s surprising how I have lived here for so long and only just discovered it. Perhaps, this is the problem with people who maintain an introverted relationship with the city they dwell in.

I have been unable to fall in love with Asaba, unable to reach for more, yet unable to escape it.  But I have come to accept that it is no bad place for me, and that it is a great place for those who function best in a relaxed environment. If you are interested or qualified to work in the corporate world, you enjoy the little pleasures of life, and you don’t care much for lofty ambitions associated with grinding in big cities, Asaba works perfectly for you.